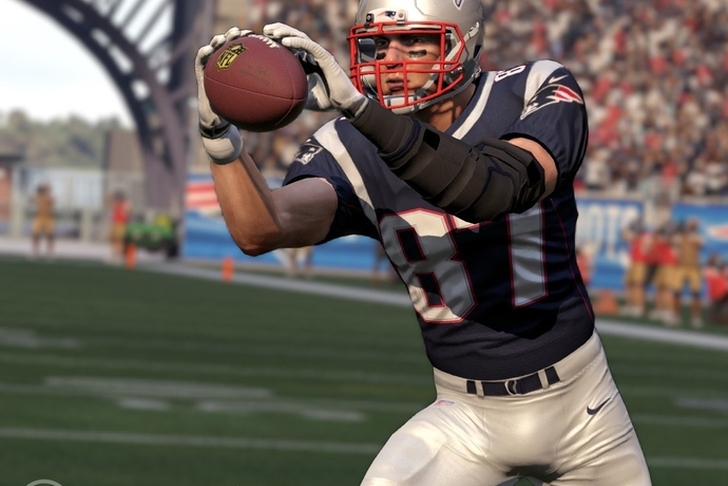 Every good NFL team needs a reliable target over the midde and some teams (and quarterbacks) are blessed with having some of the best athletes in the world on their side. Here are the best tight ends in the league heading into the 2015 season, according to the Madden NFL 16 video game: Via EA Sports: "After missing his entire rookie season due to injury, Kelce shined in his on-field debut in 2014. He brings 89 Catching, 89 Jumping, 88 Spectacular Catch, 87 Catch in Traffic, 88 Release, and 81 Route Running. He also features 85 Run Block, tops among tight ends." Via EA Sports: "Olsen is an exceptional end zone target for Cam Newton with 89 Catching, 89 Jumping, 88 Spectacular Catch, 88 Release, and 87 Catch in Traffic." Via EA Sports: "Witten does not dazzle with speed and quickness, but still features skills like 95 Catching, 92 Catch in Traffic, 88 Route Running, 85 Release, and 79 Spectacular Catch."