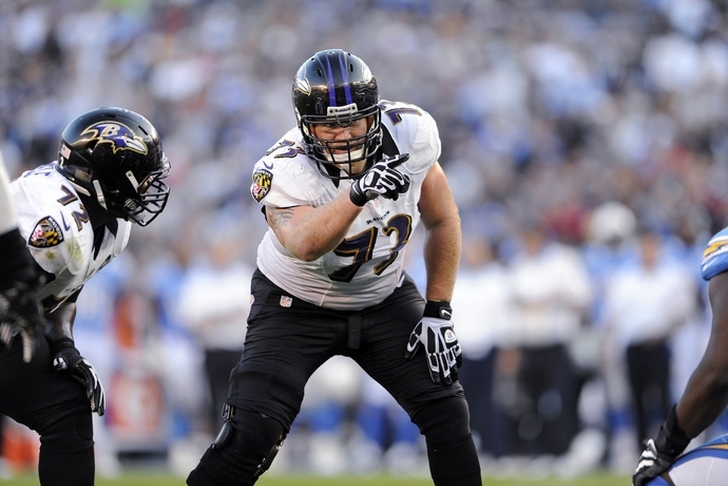 What's the key to a successful NFL offense? Some will point to the quarterback position while others will point to running back and wide receiver, but the real heart and soul of an efficient attack are the men in the trenches on the offensive line. So in (a video game) salute to the undersung heros of NFL offenses everywhere, here's the 5 Best Offensive Linemen In Madden NFL 16.

Via EA Sports: "Whitworth will be challenged by talented rookies Cedric Ogbuehi and Jake Fisher. He’ll be hard to unseat with 94 Strength, 98 Pass Blocking, and 89 Run Blocking."

Via EA Sports: "The six-time Pro Bowler has 91 Strength, and shows his veteran technique with 93 Run Blocking and 90 Pass Blocking."

Via EA Sports: "Peters starts with a league-best 98 Strength. His 97 Pass Blocking will be crucial to protecting the fragile Sam Bradford, and 96 Run Blocking will help make life easier for new additions DeMarco Murray and Ryan Mathews."

Via EA Sports: "Sitton provides NFL MVP Aaron Rodgers with the protection he needs thanks to 96 Pass Blocking and 88 Run Blocking. Sitton is a key component to the Packers’ high-scoring offense."

Via EA Sports: "Yanda is one of the game’s elite guards, and is playing for a contract extension in 2015. His 99 Run Blocking is tops in the league, and he also brings 90 Pass Blocking and 94 Strength."