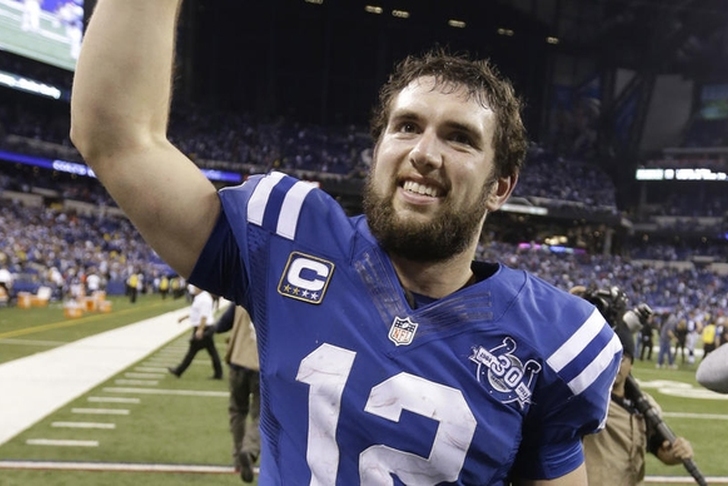 Finding a franchise QB is not easy. But once a team has one, it makes life in the NFL much easier. While many franchise QBs are approaching or already in their 30s, here are five who are still under the age of 27.

Bridgewater is just 22 years old, making him the youngest QB on this list. He never should have slipped to the end of the first round of the NFL Draft. He'll be a big-time QB for years to come.

Tannehill just signed a big contract extension with the Dolphins, and he's worth every penny. He'll have a big season this year and will cement himself as a one of the better QBs in the NFL. He won't make this list next year though, since he's already 26.

The Panthers lean on Newton a ton. He's needed to help set up their running game and carries their passing game. Newton's weapons aren't great, and that's including a now-injured Kelvin Benjamin. He's still managed to guide the Panthers to the playoffs for two straight seasons. At 26, this will be Newton's last year on the list.

If you don't think Wilson is one of the better QBs in the NFL, remember who Seattle had before it drafted him. Seneca Wallace, Tarvaris Jackson and Charlie Whitehurst couldn't get Seattle anywhere. Yes, the defense is great, but Wilson doesn't have much help on offense outside of Marshawn Lynch. None of the five WRs who played for Seattle in last year's Super Bowl were drafted. Wilson still nearly found a way to pull off a win.

The second-best QB in the NFL tops this list. Luck does more for his team than anyone in the NFL. The Colts were 10-6 in Peyton Manning's last healthy season before plummeting to 2-14. In the first year of Luck, the Colts went 11-5 and have posted the same record every year since then. Only Aaron Rodgers is better than Luck, and Luck might flip that order soon. At just 25, Luck has a long and bright NFL future.