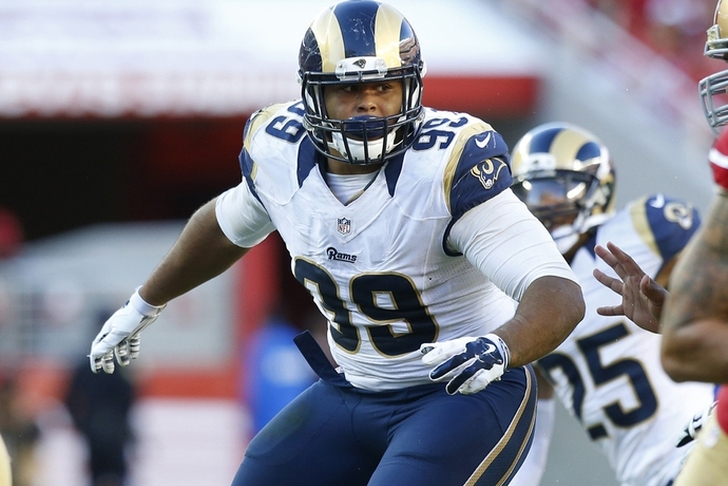 Line play isn't the sexiest thing about the NFL, but it is one of the most important. A great defensive line can prevent teams from running the ball and make life easier on the secondary. It's the key to having a great defense. There several teams that have great defensive lines, but here are the Top 5 in the NFL this season.

The Jets could potentially play Sheldon Richardson, Muhammad Wilkerson and Leonard Williams at the same time this season. That's a scary front. Damon Harrison plugs the run well enough at nose guard. The Jets would be higher on this list, but the unclear future of Richardson bumps them down.

Even after cutting Tony McDaniel, the Seahawks still have an impressive defensive line. Brandon Mebane, Jordan Hill and Ahtyba Rubin aren't big names, but they should be healthy this season. All there all do their jobs well. Cliff Avril is a solid pass rusher and Frank Clark has potential. Michael Bennett is still underrated, despite putting up at least seven sacks for three straight seasons.

The Dolphins would have been close to making this list even without signing Ndamukong Suh. With Suh aboard, the Dolphins are a no-brainer. Cameron Wake is aging, but still put up double-digit sacks last season. End Olivier Vernon is in a contract year and could get paid big bucks next season. Earl Mitchell will be much better with Suh next to him. The Dolphins even drafted Jordan Phillips in the second round of the draft, adding to their depth.

The Bills will run a 3-4 under Rex Ryan, but his outside linebackers are basically defensive ends. Mario Williams and Jerry Hughes will still have the same role: get to the QB. They've combined for 47.5 sacks over the past two seasons. Marcell Dareus is one of the best defensive tackles in the NFL. Kyle Williams is still going strong as he enters his 10th NFL season, although he likely won't play much longer. The depth isn't as great as some other teams, but the Bills' starters are some of the best in the NFL.

The Rams have five first round draft picks on its defensive line. Ends Robert Quinn and Chris Long are one of the better duos in the NFL when Long is healthy. Aaron Donald had a monster rookie season and already looks like one of the best DTs in the league. Michael Brockers has been solid, while Nick Fairley could have a big season if he stays healthy and focused. Backups Eugene Sims, William Hayes and Ethan Westbrooks could probably start on a few teams. The combination of depth and starting talent gives the Rams the best defensive line in the NFL by far.