The 5 Best Defenses In The NFL So Far This Season 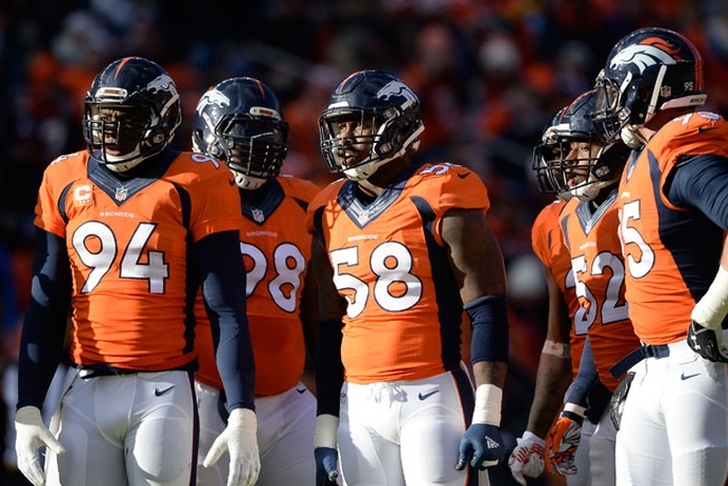 Offenses get all the headlines in the NFL, but it's the defensive side of the ball which separates the mediocre teams from the truly elite. Here's the five teams in the league so far which are sporting Super Bowl-caliber defenses.

St. Louis' defense has them as a legitimate playoff contender as they rank sixth in yards allowed per game and fourth in points allowed per game. They have perhaps the most dominant front seven in the league, headlined by Aaron Donald, and their secondary is very respectable.

There isn't a more balanced defense out there in the NFL than that of the Cardinals. They have a ton of playmakers in the secondary, headlined by Patrick Peterson and Tyrann Mathieu, and have gotten better-than-expected play along the front. Arizona hasn't given up more than 23 points in a single game this season, allowing the Cardinals to cruise to a 6-2 record.

Darrelle Revis is the key for what has morphed into one of the NFL's most opportunistic secondaries. The pass rush has been average, but that really hasn't mattered as teams haven't been able to run consistently over throw over the top on this Jets D.

The Legion of Boom is back in business with safety Kam Chancellor in tow. Seattle hasn't allowed an offensive TD in its past two games, and they've got plenty of momentum heading into a matchup with the high-wire Cardinals in Arizona in two weeks.

The Broncos are SCARY good on D and lead this list by a mile when it comes to overall potency - especially after they shut down Aaron Rodgers and the Green Bay Packers offense. They rank first in points allowed per game, first in yards allowed per game, first against the pass, and fourth against the run, showcasing how good they are at every level.