5 Best Defenses In The NFL So Far This Season 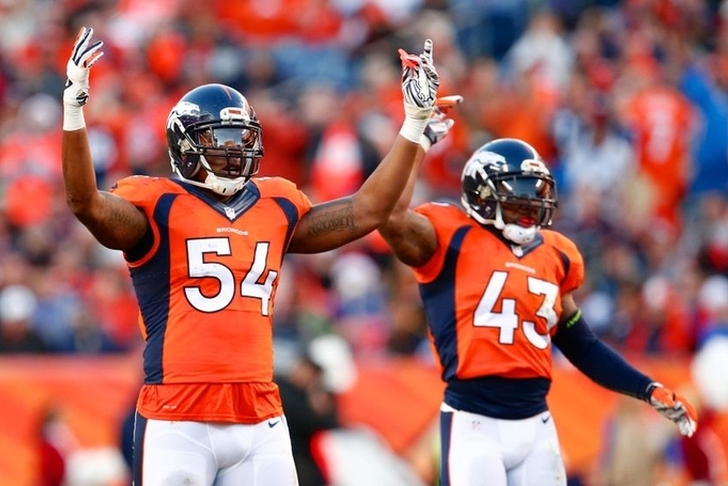 Offenses get all the headlines in the NFL, but it's the defensive side of the ball which separates the mediocre teams from the truly elite. Here's the five teams in the league so far which are sporting Super Bowl-caliber defenses.

There isn't a more balanced defense out there in the NFL than that of the Cardinals. Granted, most of the defensive luster comes from one MAMMOTH 47-7 butt-kicking of the San Francisco 49ers in Week 3, but this is still an elite-level D which can limit even the most potent of offenses.

Surprised? You shouldn't be. The Washington Redskins sport the 2nd-best rush defense (78.0 ypg) and the #9 pass defense (210 ypg) in the league. The offense has been spotty at times, but the defense has done enough to keep the Redskins relevant at 2-2.

Darrelle Revis is the key for what has morphed into one of the NFL's most opportunistic secondaries. The pass rush has been average, but that really hasn't mattered as teams haven't been able to run consistently over throw over the top on this Jets D.

The Legion of Boom is back in business with safety Kam Chancellor in tow. Seattle hasn't allowed an offensive TD in its past two games, and they've got plenty of momentum heading into a matchup with the high-wire Bengals in Cincinnati.

According to Brandon Spano of BSN Denver, the Broncos defense is on pace for a season that'll serve as the best the statheads at Pro Football Focus have graded...EVER.

"(The Broncos have) recorded a mind-numbing 101 QB pressures, meaning that they are on pace for an absolutely stupid 404 pressures this season. PFF actually broke all of this down and even scaled back the numbers, and if the Broncos only achieve 75% of their expected goal, they will still end up with the most pressures ever and the highest overall defensive grade ever."

#1 with a bullet. The Broncos are SCARY good on D and lead this list by a mile when it comes to overall potency.