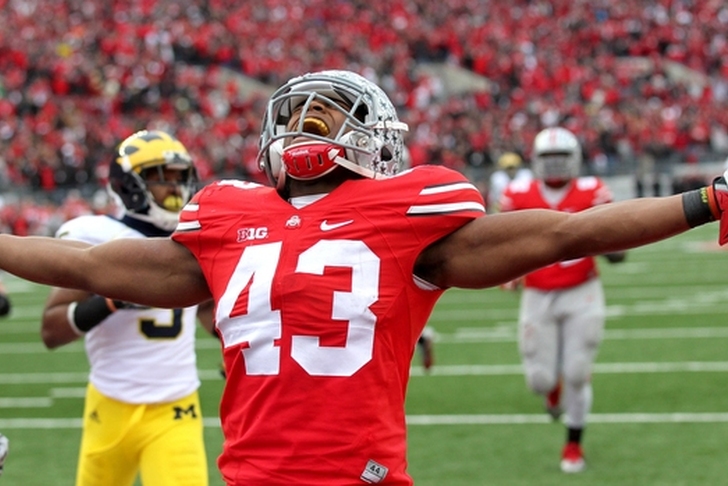 ESPN analyst Mel Kiper Jr. makes money than we do projecting what the league's 32 teams will do in the NFL Draft, but that doesn't mean that he doesn't come up with some major head scratchers when he drops his mock draft releases. Here's the 4 biggest "what in the..." moments we had after taking in his last post from earlier this week.

1. Chargers pass on Bosa (?!?) Bosa is the most complete defensive end on the board -- an explosive pass rusher who's also a budding run defender. Oregon's DeForest Buckner has tremendous athletic upside and is going to be a fantastic Top Ten pick, but there's no way San Diego passes on Bosa at #3 -- even if he's a question mark in a 3-4 defense.

He's got a once-in-a-generation air about him. San Diego can't leave that on the board.

2. Jared Goff at #4? The Cowboys need a succession plan and soon with Tony Romo's recent slog through the injury mud, but dropping a top-five pick on a kid that's going to sit for as long as Romo's arm remains attached seems bizarre -- especially in a draft chock full of top-tier talent in several other areas of need. More NFL Draft news and rumors inside the Chat Sports iPhone and Android apps!

We're not deluding ourselves. The Cowboys aren't banking on Romo for more than a couple years. But, why jump on Goff now when there's plenty of other potential franchise talent ready to hit the draft wire down the road? (see: Kaaya, Brad)

3. Ohio State's Darron Lee is a Top 20 talent, and seems to be a perfect fit for a team like the Atlanta Falcons at #17. Where is he at on Kiper's draft board? Nowhere.

Lee's the 2016 Draft clone of Ryan Shazier, and he's got the smarts and playmaking ability to anchor a linebacking corps for a decade. Any team that goes scheme fit over Lee in the late teens or twenties is losing out big time.

4. Where's Paxton Lynch? The only two quarterbacks on Kiper's first-round board go in the top four picks (Wentz, Goff). There are more than two teams in draftland who are searching for a new franchise QB, which makes the bizarre fall of the Memphis gun slinger's stock perplexing.

Maybe it'll take a good NFL Combine showing to return to Kiper's big board. It shouldn't -- someone's going to spend a first-rounder on Lynch, after a trade or otherwise.