4 Teams That Could Acquire Colin Kaepernick This Offseason 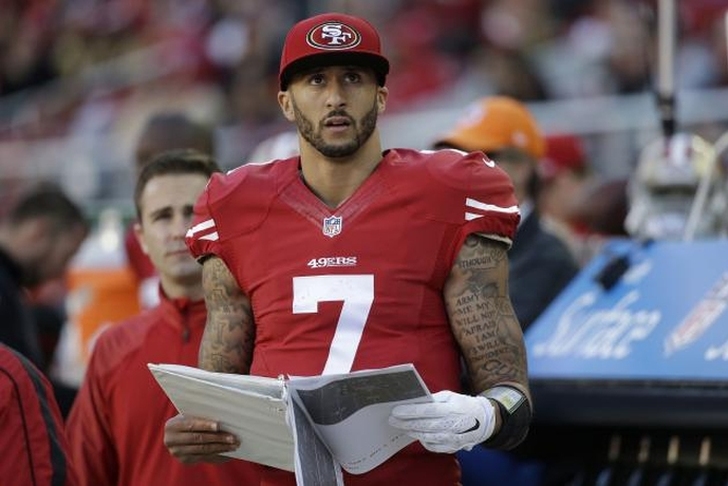 The San Francisco 49ers benched Colin Kaepernick in favor of Blaine Gabbert earlier this season and placed him on injured reserve a few weeks later, ending his season -  and possibly his time with the 49ers. It's been a stunning fall from grace for Kaepernick, who was one play away from winning Super Bowl.

Kaepernick is unlikely to play again for the 49ers, and there are already reports the 49ers are going to try to trade their former franchise QB. There's a chance he could resurrect his career under a new coach in San Francisco, and since he's still under contract for the next several years, he could certainly stay with the 49ers.

However, there are a few teams that need quarterback help and could take a chance on Kaepernick finding his previous form. With that in mind, here are four teams that could acquire Colin Kaepernick this offseason.

4) New York Jets
Ryan Fitzpatrick is a short-term option and has been very good this year, but he's not the QB to lead the Jets for years to come. Geno Smith certainly isn't the answer, and Kaepernick would be a major upgrade over Smith. Rookie Bryce Petty is still years away from contributing and Chan Gailey, their offensive coordinator, he prefers a mobile quarterback. Going to New York and its media market might not be the best thing for Kaepernick, but he'll have a chance to fight for playing time.

3) Houston Texans
Bill O'Brien is a quarterback guru, and it's impressive he's gotten the Texans as far as he has given his current crop of quarterbacks. Kaepernick needs work as a passer, and there are few coaches better at getting the most out of their QBs than O'Brien. Kaepernick makes sense for the Texans, especially since they might be drafting too late to grab a true franchise signal-caller.

2) Cleveland Browns
This assumes that the Johnny Manziel Era doesn't work out, which is still very much a question right now. If Manziel struggles, then the Browns might elect to bypass a QB in the Ddaft and go right for Kaepernick. Josh McCown is a backup at best, but he'd be a good veteran presence for Kaepernick - something he lacked in San Francisco. The Browns might be able to get Kaepernick for a mid-to-late rounder, which would allow them to spend their first rounder on a weapon that they need.

1) Philadelphia Eagles
Kaepernick to the Eagles is a perfect match. He'd fit in perfectly in Chip Kelly's offense and would have the best chance of finding his previous form. Sam Bradford clearly isn't the answer under center, and Mark Sanchez is definitely best left as a backup. The Eagles offense has issues, but adding Kaepernick next offseason could do a lot to fix them.