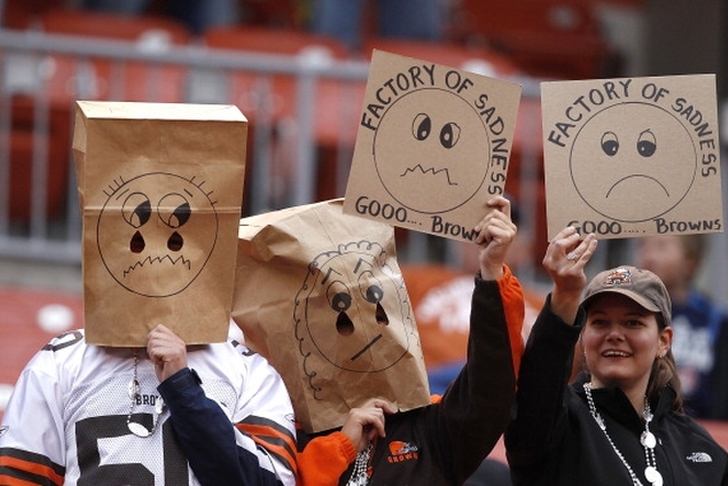 The Cleveland Browns have been one of the worst teams in the NFL for quite some time, and the ineptitude of the front office has often left fans scratching their heads and searching for hope. Because of that, they're the worst and most poorly run franchise in sports. Here are four reasons why:

1) Never made a Super Bowl

The Browns are just one of four NFL franchises (Jaguars, Texans, Lions) that have never made the Super Bowl, though the Jags started playing in 1995 and the Texans in 2002. This will be Super Bowl 50, and the Browns have yet to play in the big game despite only being out of the league for a few years in the 90's (where they wouldn't have made it anyway).

Quarterback is the most important position in football, but the Browns have not been able to find someone that can adequately hold down the position since they re-entered the leage in 1999 - and that number will grow to 23 when Josh McCown takes a snap under center. If that's not the sign of an inept franchise, I don't know what is.

General manager Ray Farmer is suspended for the first four games of the season for texting the coaching staff during several regular season games, Johnny Manziel went to rehab over the summer, and Josh Gordon is facing a one-year suspension for another violation of the NFL's substance abuse policy. Nothing's really going right in Cleveland.

Take it away, Joakim.