4 NFL Trades That Could Happen Before Tuesday’s Trade Deadline 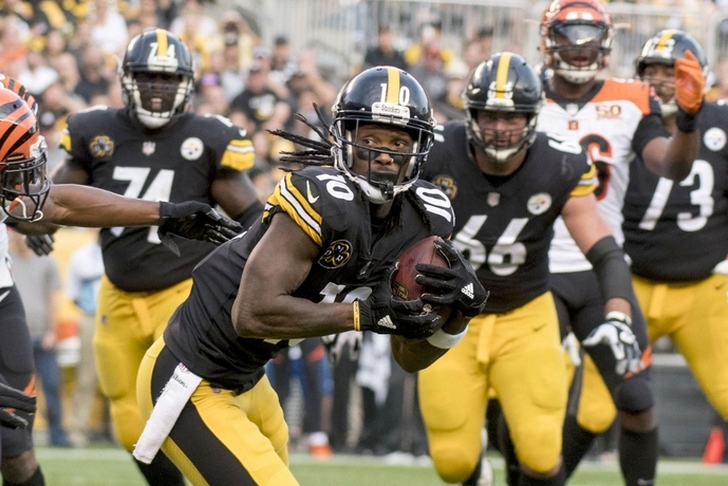 The trade deadline for the NFL will end on Halloween (October 31 at 4pm ET). There have been some NFL Rumors circulating through on whether or not the players below would be traded. The NFL trade deadline normally isn't very exciting but this season has a few big names that the trades are realistic.

1.) Martavis Bryant
Pittsburgh Steelers Wide Receiver
The most obvious name on this list is Bryant. He has been the center of drama around the NFL the last few weeks and it seems to be getting worse each week. JuJu Smith-Schuster is now taking over for Bryant and Bryant seems to be on his way out. He isn't getting along with the players or coaches and if he isn't traded that would be more than a little surprising.

2.) Calvin Johnson
Retired Wide Receiver
The 32-year-old future Hall of Famer is retired. He retired back in March of 2016 but rumors have risen that the Lions are interested in trading his rights to teams. Today (October 29th) Johnson was reported flying to Philadelphia. Johnson has said numerous times that he will not return to football but if a team is interested in having Johnson's rights for the last eight weeks of the NFL then the Lions would be willing to listen.

3.) Eric Ebron
Detroit Lions Tight End
Ebron has been a disappointment and many would argue he has been a bust since the Lions drafted him 10th overall four years ago. He has flashed at times but at this time the veteran tight end Darren Fells has been pretty good. Maybe reliable is the better word because Ebron simply has been far from reliable his entire career. Through six games Ebron has 26 targets and only 13 catches for 102 yards and one touchdown.

4.) Cordy Glenn
Buffalo Bills Offensive Tackle
This has been a surprising season for the Bills. Glenn suffered an ankle injury which has led to back up lineman Dion Dawkins to get some starts. The rookie Dawkins and Glenn have both started three games this season and when considering the difference in salary it isn't a surprise that the Bills are willing to trade him.