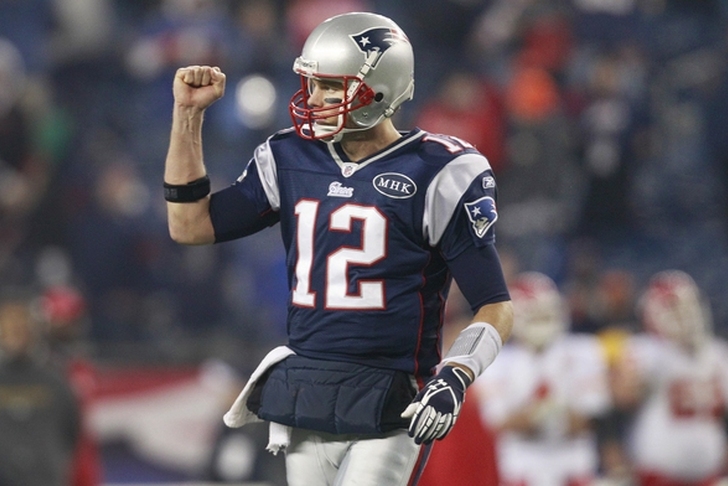 There won't be any NFL teams clinching a playoff spot for a few more weeks, but there are a few with playoff berths all but assured. These teams have played great so far and are unlikely to sudden lose all of their games. Their schedules aren't too difficult either, which means a wild card berth is the worst-case scenario. With that in mind, here are 4 NFL Teams Guaranteed To Make The Playoffs:

The Patriots are 8-0, with a 3.5 game lead in the AFC East. They have a few challenging games left, but Tom Brady and company have looked unstoppable this year. An undefeated season may not happen, but the Patriots are locks to make the playoffs. New England has two more games against AFC South squads and those are both going to be easy wins. That gives the team 10 wins, which should be enough to make the playoffs. Given how well New England has played, 13 or more wins is a likely outcome. The Jets, Bills and Dolphins have all showed promise at times this season, but they aren't going to take the AFC East away from the Patriots.

I wasn't sold on the Panthers early this season, but they've proved me wrong. With the Titans and Redskins up next, the Panthers should start the season 10-0. That alone will likely be enough to make the playoffs. Plus, the Panthers play three games against teams with winning records the rest of the season. Carolina should have no problems winning the NFC South. Seriously, who is going to take the divisional title away from them? It's not going to be a Saints team that couldn't beat the Titans or a Falcons squad that lost to the 49ers. The Buccaneers aren't even close to being a threat. The Panthers are going to the playoffs this season.

The last of the undefeated teams, the Bengals are locks for the playoffs. The Bengals hold a 3.5 game lead in the AFC North, which should stretch to four games after Cincinnati takes care of the Houston Texans on Monday Night. Games against the Cardinals, Rams, Broncos and Steelers (if Ben Roethlisberger is back) could be challenging, but the rest of the schedule isn't too difficult. The Browns and Ravens are awful this season, and with Big Ben injured again, the AFC North belongs to the Bengals. The Bengals haven't won a playoff game with Andy Dalton at QB, but they'll have a shot to change that this year.

Denver's offense has issues, but their defense is more than dangerous enough to compensate. The Broncos play three games against teams with winning records, although that doesn't include a .500 Raiders' squad. Even if Peyton Manning continues to struggle, the Broncos will easily find their way to a playoff berth. A bye might not happen this season, but the Broncos will win the AFC West with little trouble.