4 NFL Players That Should Have Been Cut But Weren't 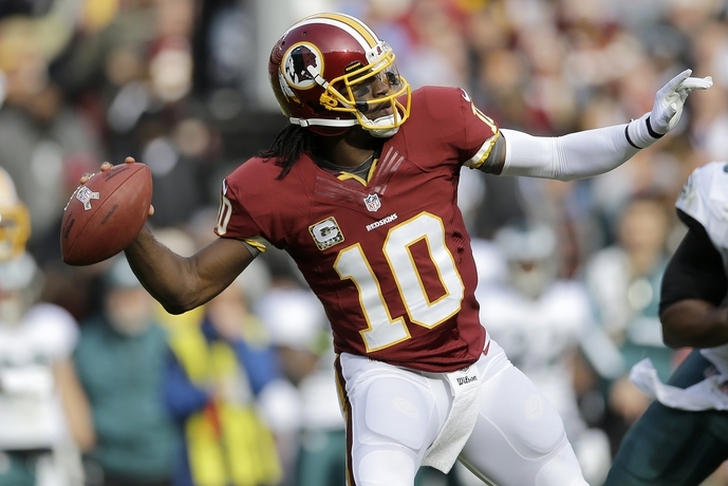 There are always several moves on NFL cut day at make people scratch their heads as teams finalize their 53-man roster. Here are four players that made their respective teams - but probably should've been cut.

When the Redskins announced that Kirk Cousins would be the starting QB over RGIII, many thought it was the end of his time in Washington. After all, he's due to be paid just under $7 million this year and will make $16 million if he gets hurt. The Redskins could've kept all that money instead of spending it on a struggling backup quarterback who may never see the field, but owner Dan Snyder wanted to keep him on the roster.

Manuel looked like the odd man out of Buffalo's quarterback battle. Tyrod Taylor was named the starter, and veteran Matt Cassel, who has a 33-38 career record as a starter, was thought to win the backup job over Manuel, who has completed less than 59 percent of his career passes and has thrown 16 career touchdowns to 12 interceptions. However, the Bills went the other way, keeping Manuel and letting Cassel go. Not smart.

It's clear that Joseph Randle will probably be the lead back in Dallas since just McFadden can't stay healthy. He did appear in two preseason games and looked productive, but didn't do anything to signal that he's going to be the player Dallas wants and needs him to be. The Cowboys have already been looking to trade for another running back (Montee Ball?), showing that they're not that impressed, either.

Manziel is just an accident waiting to happen, and his elbow soreness from playing in two preseason games raises more questions about his durability. He's not going to be the starter, and the Browns would be much more drama free if reporters weren't asking if Manziel would start every single week. Why use a roster spot for a backup that causes nothing but headaches?