3 Undefeated NFL Teams That Will NOT Make The Playoffs 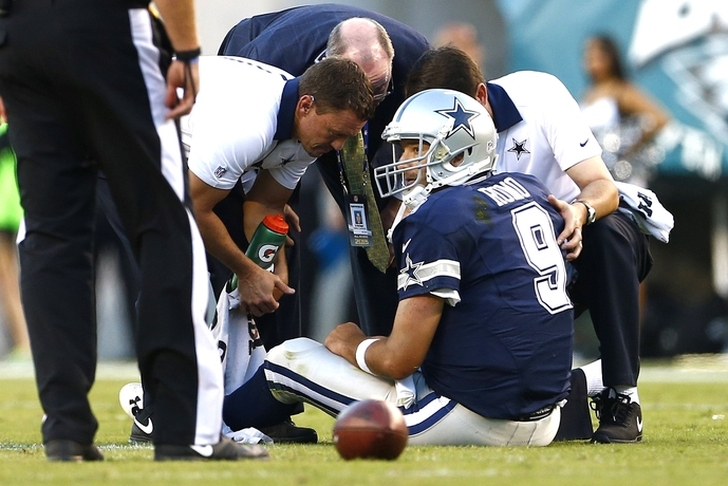 NFL teams that start the season 2-0 usually have an extremely high chance of making the playoffs, but we always see a few teams that collapse after playing well out of the gate, and this year will be no different. Here are three currently undefeated teams that will miss out on the playoffs this season: New York is perhaps the most surprising undefeated team in the league with Ryan Fitzpatrick starting at quarterback and a first-year head coach in Todd Bowles. They've ridden their defense to victories over the Cleveland Browns and Indianapolis Colts, using 10 forced turnovers to propel themselves to wins. That's an incredible turnover margin, and something that they inevitably won't be able to keep up.

They also play in an incredibly tough division, and we wouldn't be shocked if they have a losing record against the Patriots, Bills, and Dolphins. It's hard to make the playoffs like that, and they'll miss out on a wild card spot because of it. Atlanta has pulled off two fourth-quarter comeback victories against the Philadelphia Eagles and New York Giants, both of whom haven't won a game yet. They're schedule does get a lot tougher in the coming weeks, and their lack of a running game (80.5 yards per game, 22nd in the league) will hurt them a lot in those games. The Falcons have also taken a step forward on offense under new head coach Dan Quinn, but they still don't have a lot of talent on that side of the ball. Those numbers won't look as good late in the season and will keep them from getting a wild card spot.

Dallas is one of the most talented team in the league, but the major injuries to Tony Romo and Dez Bryant for almost all of the season have left their offense in shambles. Their offensive line is dominant, but there's only so much they can do when Brandon Weeden is leading your team. The Cowboys will undoubtly take a step back with Weeden, Joseph Randle, and Terrance Williams replacing Romo, DeMarco Murray, and Dez Bryant, and that step back could take them out of the playoffs.