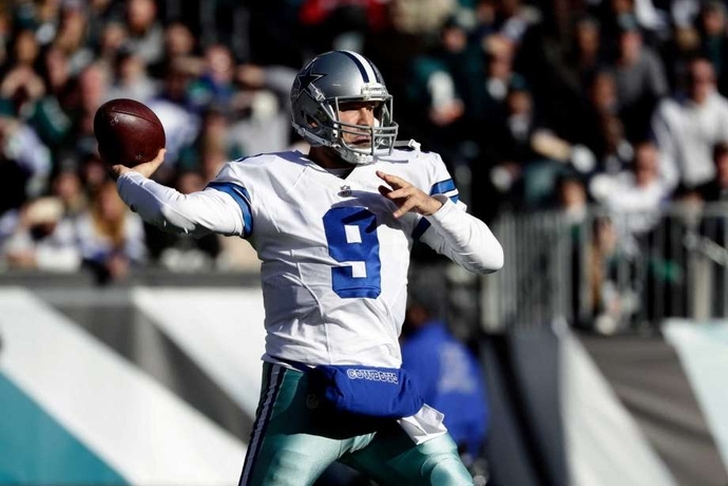 The NFL Draft will start in less than a month and there will be plenty of trades. That's just the nature of the draft, although those trades are very difficult to predict. But forecasting is fun, so here are three big trades that could go down before (or during) the NFL Draft.

To help determine the value of each pick, we're using the NFL trade value chart. While the trade values won't match up exactly, we tried to get them as close to even as possible.

Naturally, there are tons of trades each team could make during the draft. We'll have an article on team with potential trades (download the app to get a push notification for your team), but this piece will focus on three potential blockbuster deals.

There might be some more pieces involved here, but this makes sense. The Pats get back No. 32 overall, while Butler gets paid with the Saints. The Saints won't give up No. 11 overall, so the only way Butler ends up in New Orleans is if he signs his tender and the Pats then ship him away. That hasn't happened yet and there's a very good chance Butler ends up playing for New England next year. Still, there's a better chance than the Jimmy Garoppolo trade that just won't die.

This one has already been rumored, with the Panthers likely focusing on either Solomon Thomas or Leonard Fournette. The value chart suggests the 49ers should get both the Panthers second round picks, their late 3rd rounder and at least one early future pick as well. But since a QB won't be involved, a more realistic trade could look similar to the one we saw a few years ago involving the Dolphins and Raiders. Back in 2013, the Dolphins shipped off the No. 12 and No. 42 overall picks to the Raiders for No. 3 overall. So, perhaps the Niners would take a discount and pick up two extra Top 100 picks in the process. Heck, they might even be willing to take just the Panthers' first second round pick. If we get a blockbuster trade in the first few picks, I expect the Niners to be involved.

1. Cowboys Send Tony Romo To Texans (Or Broncos)
Cowboys Get: 2018 Conditional Pick
Texans/Broncos Get: Tony Romo
>>If you want to be alerted of EVERY NFL Trade rumor, DON'T click this LINK!<<

At some point, the Cowboys have to either cut or trade Tony Romo. It'd be foolish to carry his massive cap hit into next season. I think he'll be cut, but if there's a trade, this is how I think it would look. The Cowboys won't get much for Romo, who must also re-do his contract. But a conditional pick for next year that's tied to games played and playoff results makes perfect sense. Have it start as a 7th rounder that can climb as high as a 3rd if Romo leads his new team to a Super Bowl. It would probably come in closer to a mid-round pick and gives the team trading for Romo an out if he gets hurt again. >>If you want to be alerted of EVERY NFL Trade rumor, DON'T click this LINK!<<