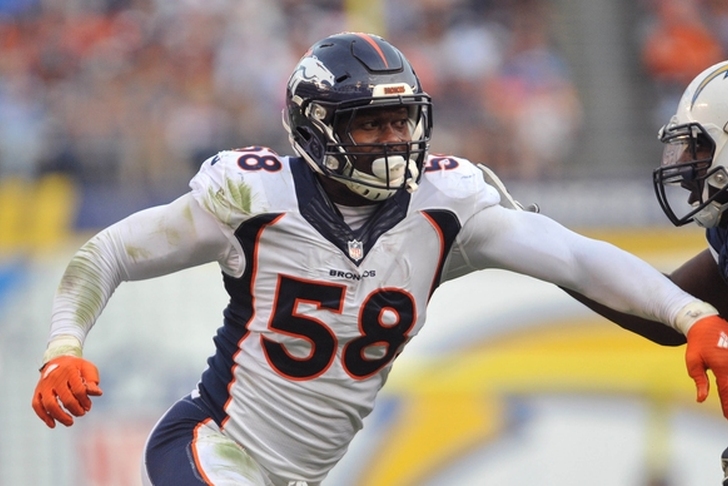 Denver Broncos linebacker Von Miller is perhaps the biggest name on the free agency market, and he should have his pick of teams offering him max money. However, which teams have made him their top priority? Here are the three teams that are the most likely to sign Miller this offseason:

3) Atlanta Falcons
The Falcons pass rush ranked dead last in the NFL this season with just 19 sacks, and with head coach Dan Quinn invested in drastically improving their defense, signing Von Miller would immediately fix those problems. Atlanta may decide to use their cap room to invest in multiple additions for their defense, but cutting another high-profile player (Roddy White) could allow them to do both.

2) Dallas Cowboys
Dallas has shown that they aren't scared to spend big on talented pass rushers (heck, they gambled and gave Greg Hardy a ton of money last year), and they probably won't spare any expense while pursuing Miller. The Cowboys aren't expected to bring back Hardy, leaving them with a big need for a pass rusher - and a lot of cap space to get a high-profile one.

We know that Jerry Jones loves to swing for the fences, and Miller has expressed interest in playing in Dallas. If he leaves Denver, this will likely be where Miller ends up.

1) Denver Broncos
Not only will the Broncos get the first chance at negotiating a new contract with Miller, but they can also use their franchise tag on him to ensure they keep him around for another year. Denver will start converstaions with Miller about a new deal immediately after the Super Bowl ends, and they don't intend on letting him hit the open market, even if they have to franchise tag him.