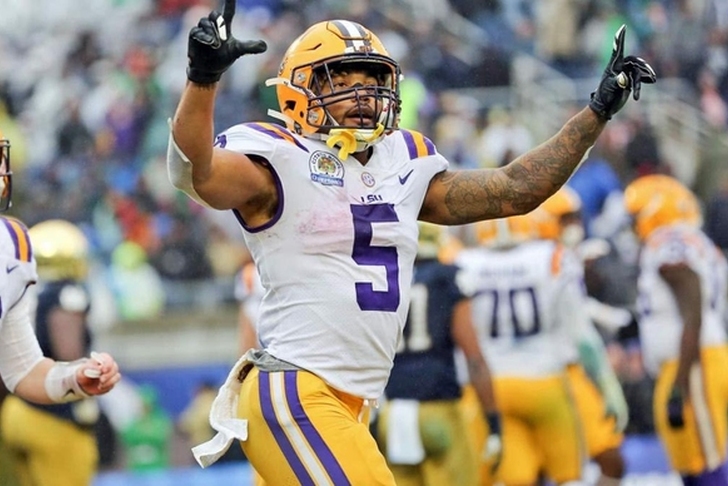 The NFL Draft rumors are starting to buzz with the 2018 NFL Draft only two weeks away. One of the most interesting players in the draft is LSU running back Derrius Guice. He is a powerful runner with some wiggle to him, a perfect running back in most offenses in the league.  Adding Guice to a backfield would take pressure off any quarterback and allow teams to lean on their run game. Guice led the Tigers with 237 carries, 1,251 rushing yards, and 11 TDs last season and in 2016 he was an absolute monster rushing for 1,387 yards (7.6 ypc) and 15 touchdowns. So, which three teams are the most likely to select Guice in the 2018 NFL Draft?

1.) Detroit Lions
How long has it been since the Lions had anything resembling a good rushing attack? They haven't had a 1,000-yard rusher since Reggie Bush in 2013 and haven't had a back pick up 100 yards in a single game since Thanksgiving in 2013. The Lions did sign LeGarrette Blount this offseason, but Guice could be a potential three-down back in Detroit, something they haven't had in quite some time.

2.) Washington Redskins
The Samaje Perine experiment last season didn't work and Matt Kelly is a glorified fullback. With Chris Thompson being the third-down running back, Washington is still looking for a reliable runner between the tackles. The team traded Kirk Cousins and now with Alex Smith, the team needs to find ways to take pressure off his shoulders. Guice at pick 13 is a little early, but still a possibility.

3.) Pittsburgh Steelers
The Steelers may not give Le'Veon Bell the $17 million contract he desires and the two may part ways after 2018.  The Steelers could recognize this in advance and draft a running back with a ton of talent and a player who fits the toughness the Steelers franchise wants to bring. Guice may slide down the board in the draft due to the depth at the position and the Steelers may grab him at 28.