3 Teams That Are The Most Likely To Pick Maryland WR D.J. Moore In The 2018 NFL Draft 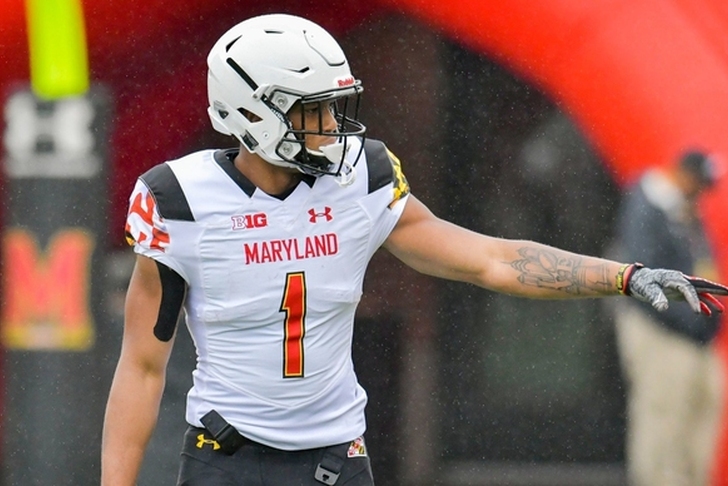 D.J. Moore was a stud at Maryland especially in his final season, playing all 12 games hauling in 80 receptions (a Maryland record) for 1,033 yards and eight touchdowns. His 39.5 percent target rate alone expresses how important he was to a Terrapins' offense. Wait though there's Moore. He was a first-team all-conference selection and the 2017 Big Ten Receiver of the Year. Moore is projected to be selected in either the late first or early second of the 2018 NFL Draft.

Where will he land? Here are the three teams that are the most likely to draft Moore:

1.) Carolina Panthers
Moore falling to the Panthers at No. 24, would make the Panthers more than happy. They need to find a starting-caliber wide receiver to replace Kelvin Benjamin and give Cam Newton another weapon to help take his offense to another level. They already have Devin Funchess locked into one starting spot and Curtis Samuel in the slot but would like to add a quicker, all-around wideout to the group - which is exactly who Moore is.

3.) Dallas Cowboys
The Cowboys have made a few notable moves in free agency, which means their team needs have changed. Despite signing wide receiver Allen Hurns, the Cowboys are still looking to improve their wide receiver corps. The underperforming unit in 2017 is probably a major contributing factor in why Maryland wide receiver D.J. Moore visited the Cowboys on April 3.