3 Star NFL Players Who Have Been Total Disasters This Season 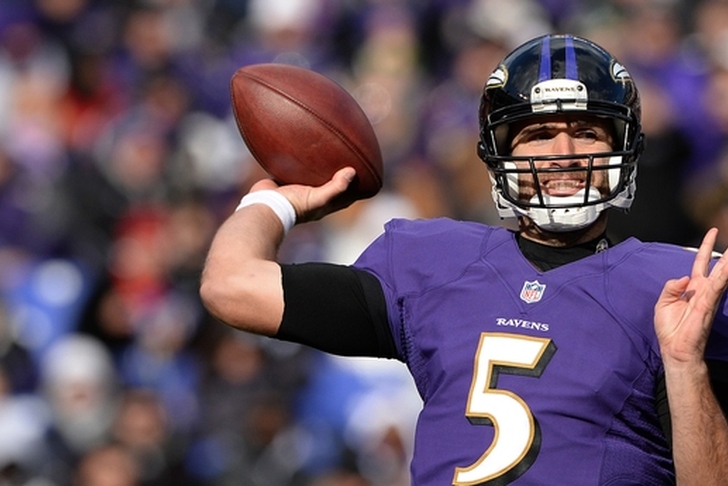 Every NFL superstar has a bad game here or there. These next three guys, however, are having bad SEASONS. Here's our list of 3 Star NFL Players Who Have Been Total Disasters This Season.

Stafford has completed 65% of his passes, but he's operated so far at a dismal 5-touchdown / 6-turnover ratio through five games. When your team basically has no running game and you're putting up pedestrian numbers all together, you're a dissapointment -- especially when your team is the only winless squad left in the NFL.

Oh yeah. And he just got benched for DAN ORLOVSKY in the team's Week 5 loss to the Arizona Cardinals. So, there's that...

Johnson came in as the heralded X-factor for a new-look Colts offense. Other than a six-catch, 77-yard performance against the Houston Texans, Johnson has done basically zilch. It sucks to see one of this generation's best receivers functioning in a periphreal role in Indy. Flacco has eight turnovers through five games and has been an absolute hit/miss proposition for a Baltimore Ravens team that has needed to him to step up all season long. He hasn't, at least not consistently, and that's a big reason why Baltimore is 1-4.