3 Reasons Why Tonight's Jaguars vs. Titans Game Could Be The Worst Prime Time Game In NFL History 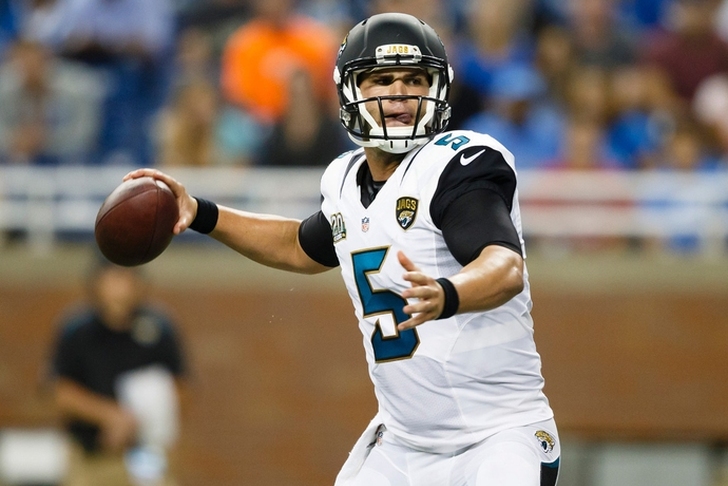 The Jacksonville Jaguars host the Tennessee Titans in a Thursday Night Football game that has the makings of a historical matchup. Historically bad that is. Seriously, these two teams have a combined five wins and are among the worst teams in the NFL. It's not going to be a fun matchup to watch and the ratings for the game could be a season-worst for Thursday Night Football. This might just be the worst prime time game in NFL History, and here are three reasons that explain why.

The Titans and Jags have two below-average offenses. The Jaguars are averaging 21 points per game, while the Titans are posting just 19 per game. That's a barn burner right there. The offenses are going to have issues moving the ball, especially since neither team has proven they can run the ball consistently. Offenses are what sell tickets and get fans to watch. The average fan doesn't care about defensive stands. Watching two offenses struggle to move the ball is not my idea of a fun NFL Thursday Night.

The Jaguars and Titans don't do a good job of forcing turnovers. Both are in the bottom third in the NFL, with just 11 takeaways. It's going to be low scoring affair and the lack of turnovers ruin the possibility of big, exciting defensive plays. So tonight we'll get offenses that can't move the ball and defenses that can't force turnovers. Fun stuff. That means there should be plenty of punts. And only punter's mothers enjoy punts.

These aren't the two worst teams to play in a prime time game, but there shouldn't be much excitement tonight. No one wants to watch these two teams pick up a first down or two and then punt over and over. This could end up being a 14-10 game. It features few star players that can make big plays. Marcus Mariota has intrigue, but there is a dearth of "name-players." The best-case scenario is that we get some comedy factor tonight, because this prime time could be the worst ever.