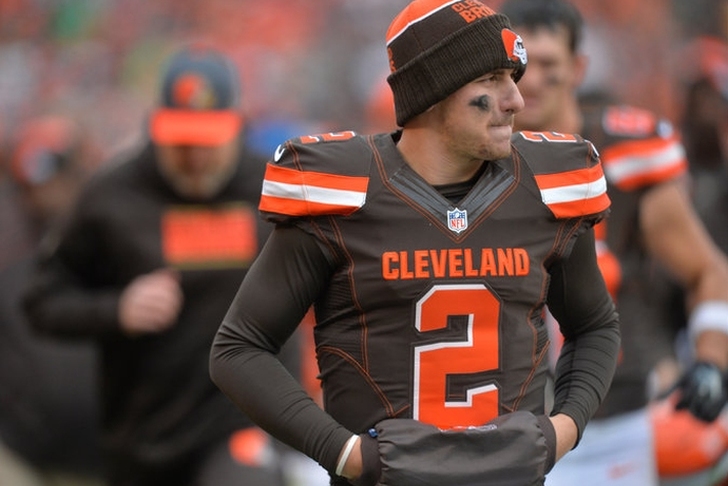 The Cleveland Browns will part ways with quarterback Johnny Manziel by March 9th, which is the earliest date they can cut him if they aren't able to trade him beforehand. Despite his numerous off-field issues and incidents, Manziel is sure to get another shot at being a NFL quarterback, at least as a backup, because of the talent he has displayed on the field. Here are the three teams that Manziel will most likely end up playing for in 2016:

3) Los Angeles Rams
The Rams were, surprisingly, one of a few teams that has expressed interest in Manziel given their major problems at quarterback, and now might be the time to gamble on him. Head coach Jeff Fisher could be the kind of disciplinarian that will hold Manziel in line, and since he may be coaching for his job in 2016, he needs a quarterback that can make plays. Manziel can certainly do that moreso than Nick Foles or Case Keenum.

However, do they really want to gamble on Johnny Manziel being the starting quarterback of the new football team in Los Angeles? Read more Johnny Manziel news in the Chat Sports iPhone and Android apps.

2) Dallas Cowboys
We all know of Cowboys owner Jerry Jones' love affair for Manziel, and there are several reports than Manziel wanted his time in Cleveland to end so he could sign with Dallas.. Jones had to be talked out of drafting Manziel two years ago, and with his improved play this year - plus the disastrous production of the backups in Dallas - he would be an upgrade. He could also be the team's quarterback of the future while learning and developing behind Romo.

1) San Francisco 49ers
Did you know that Manziel originally committed to Oregon before switching to Texas A&M once Marcus Mariota committed to the Ducks? He already has a relationship with Chip Kelly because of that, and his skills are best suited for San Francisco's new spread offensive system. The 49ers have a big quarterback question as the team doesn't want to commit to Colin Kaepernick or Blaine Gabbert, and bringing Manziel in for cheap to provide some more competition could be a good move.