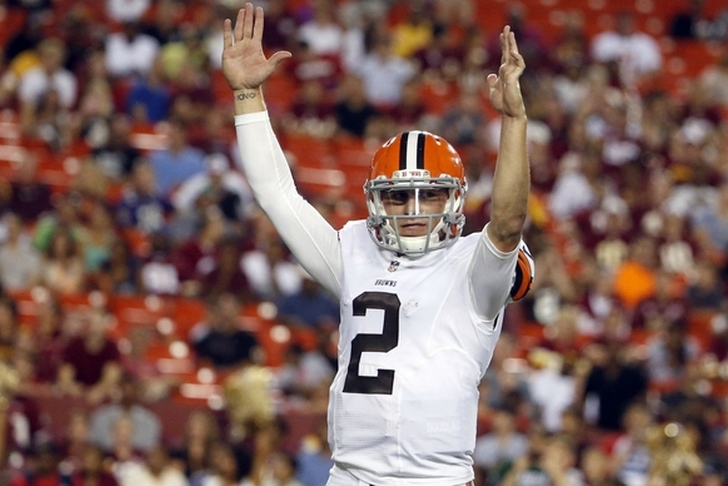 Quarterback is the most important position in the National Football League, full stop. Some teams have it made at the position for years to come (Green Bay, Indy, etc.), but the flip side of the coin is that there's also a handful of NFL teams who'll be on the lookout for a quarterback after the season ends. These next three guys are the most likely to be available when teams start doing their due diligence this winter. The Saints are in cap hell and are already projected to be in the red next season. To re-sign key players and sign draft picks next season, they'll need to cut players and cut into the little depth they currently have. The quickest and most financially painless way for the Saints to get some cap space is to cut or trade Brees. It would free up $20 million in cap space, as Brees' hit is a massive $27.4 million in 2016. With so little cap space, dealing Brees would give the Saints their best chance to reload without a full-scale roster deconstruction. When HC Jay Gruden announced that Kirk Cousins would be the starting QB over RGIII early this season, many thought the envelope had been sealed on Griffin's time in Washington. After all, he's due to be paid just under $7 million this year. The Redskins could've kept all that money instead of spending it on a guy Gruden never wanted in the first place, but owner Dan Snyder wanted to keep him on the roster. RGIII's $16.1 million salary next year would account for 12 percent of the team's salary cap -- a cost-prohibitive figure which almost guarantees Washington will cut him loose.

"I've watched Johnny Manziel now for a year and a half and I think he's a backup quarterback at best. And he's a distraction off the field," former Steelers head coach and current analyst Cowher said on The NFL Today recently after news of Manziel's recent domestic incident leaked to the press. "And listen, I believe in second chances but after the second chance, to me there's a zero-tolerance policy. He can't put himself into the position he put himself into." The Browns are reportedly looking to trade Manziel already, but even if that doesn't happen, there's no way Cleveland can keep absorbing collateral damage with Johnny in the fold.