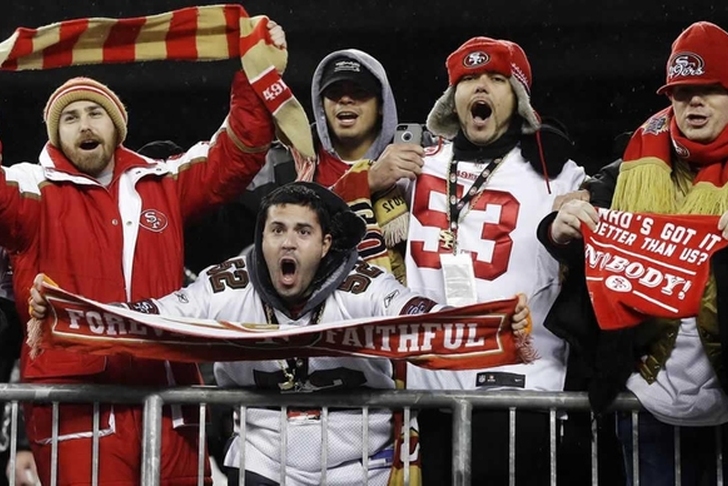 "If you’re wearing the jersey – the traditional red, the hard-to-find white, the tedious maroon, or the preposterous black – you’re guilty by purchase, because enough of your compatriots have precipitated or extended brawls, gang-ups and bathroom felonies to wreck all your reputations." -- Ray Ratto, CSN Bay Area

Raiders fans may get the bad Bay Area rap, but it's 49ers fans who actually deserve it. We've heard (and experienced) countless stories of harassment and threats from fans at both Candlestick and Levi's Stadium, and there's also a good chance you're going to have to tiptoe through the aisles while trying to avoid some who's drunk and pacing. 49ers fans also have earned the designation as one of the most fair-weather fan bases around. If they're winning, everyone's a Niners fan "for life." If not, 49ers fans go crazy and start calling for everyone's head in the organization. 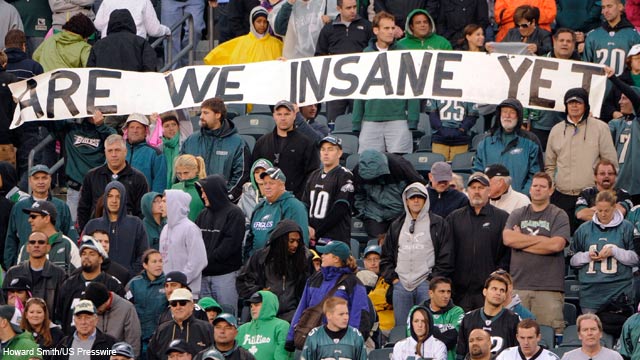 "Santa was booed and pelted with snowballs, and a city cemented its reputation as the harshest place in sports. The story never died, and is still brought up 43 years later, every time a legend is jeered or a car with out-of-state license plates is trashed." -- ESPN

They throw snowballs at Santa. They cheer brutal injuries to opposing players (Michael Irvin ring a bell?) There are plenty of stories of drunk fans hobbling up to fans wearing opposing jerseys and starting fights. Philly fans may be some of the most passionate in all of professional sports, but that passion regularly boils over into idiocy. Try starting a "Let's Go Romo" chant at Lincoln Financial and see how far that gets you. Oy.

"Everyone from Chelsea to Cochituate to Chatham claims that they’ve been die-hards forever, that they were huge fans during the Grogan and Tony Eason eras, that they know who Dick MacPherson is, and remember when fans used to hold up signs saying “Missing with Sisson” for kicker Scott Sisson. They shed accusations of cheating as if they are old John Hannah jerseys, even though everyone everywhere knows that Belichick is one of those guys who will cheat even while they’re winning just because it makes him feel clever." -- The Thrillest

Cheat to win? That's fine. Jump on the bandwagon after every win, and then putting on a Bruins jersey with your head down when they lose? That's fine too. No fan base in the NFL acts more entitled or is more fickle than the fans in Foxboro. Tom Brady can do no wrong, and neither can Bill Belichick. However, every other player is fair game to be called a "bum" and shunned from the Patriots family for as little as a dropped pass. They may not be the meanest, but they sure stick their noses up the farthest. Some even go so far as to call them "awful human beings." We'll just leave that alone.