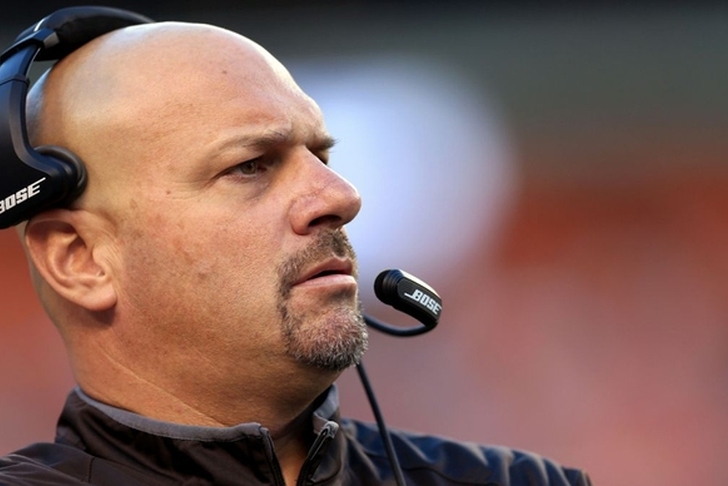 The NFL is a fickle business, and no one knows better right now than the 3 head coaches below. Here's our list of the 3 NFL Coaches Whose Jobs May Be On The Line This Sunday.

If the Colts lose and the Texans win on Sunday, Indianapolis will be one game back in the AFC South and could easily be tied for second with the Jacksonville Jaguars at 5-6 (The Jags face a putrid Chargers team). Pagano's job is already hanging by the thinnest of threads, but a loss to the Tampa Bay Bucs and a fall out of first place could cut that thread for good. Where there's smoke, there's fire. Colts owner Jim Irsay may decide to snuff out that fire for good by axing Pagano (even with Andrew Luck injured) and ending the reported professional snipe-fest between him and GM Ryan Grigson.

The Browns are a three-ring circus right now, and Mike Pettine is the unwitting ringleader. Johnny Manziel's reported cover-up of his recent partying ways shouldn't be blamed on Pettine, but he still comes off to the casual fan looking like an inadequate leader unaware of the things going on under his nose. If the Browns lose their sixth straight game on Sunday to a Ravens team missing both QB Joe Flacco and RB Justin Forsett for the season, this has to be it. Right?

The Seattle Seahawks outclassed the 49ers again last week, and now the 49ers have to contend with a high-octane Arizona Cardinals team who embarassed the 49ers in the teams' first meeting. It's up to Blaine Gabbert to somehow match scores with Carson Palmer, and how he performs against Seattle at home could decide the fate of Tomsula. If San Francisco is run out of their own building and falls to Arizona in emphatic fashion, that'll make for four awful losses to the rival Cardinals and Seahawks. That's enough to make an already non-ideal coaching situation untenable for the 49ers front office.