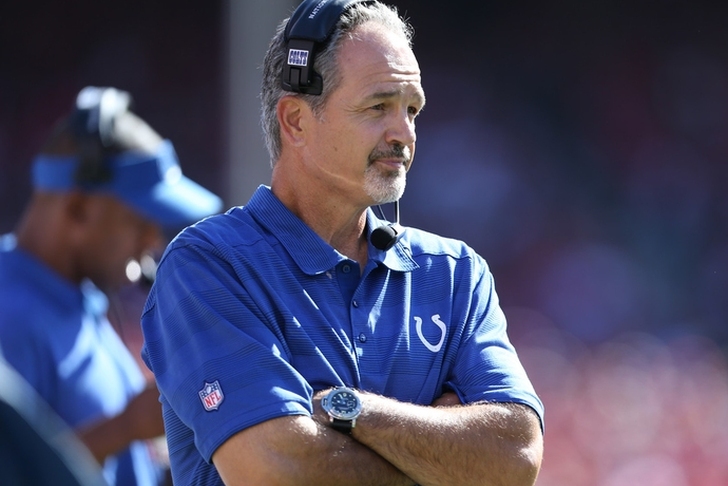 As the season starts to wind down, the noise around many NFL head coaches is going to get louder. While some of the rumors will just be hot air, several coaches are going to lose their job. While most teams will wait until the NFL season ends, it's clear that a few head coaches won't be in charge of their teams much longer. With that in mind, 3 NFL Coaches Who Just Need To Be Fired After Today’s Loss: Tomsula might be the most unqualified head coach in recent NFL history. He was a defensive coach in NFL Europe, the D-League of the NFL, for seven years, and was a defensive line coach for a Division II school. He was an NFL Europe head coach for a season before taking over as the 49ers' defensive line coach in 2007, but has yet to prove himself capable of handling an NFL head coaching gig. The 49ers have plenty of injury issues, but they looked out-coached far too often. That was the case against a Bengals' squad without their starting QB. The 49ers whiffed on Tomsula and it's time to find a new head coach.

Mike Pettine's seat is growing hotter with each loss, as the Browns have posted a dreadful 3-11 record on the season. Thanks to some questionable coaching decisions, his job is jeopardy. With a loss to Seattle Sunday, it's clear that Pettine is outmatched as a head coach. The Browns are one of the worst second half teams in the NFL and Pettine is directly to blame for that. Our sources indicate that the Browns are going to offer Ohio State Buckeyes head coach Urban Meyer the most lucrative coaching deal in NFL history, and Pettine's ouster will be the official start of that courtship.

The Colts are fighting for their playoff lives and a loss Sunday to the Houston Texans might mean the Colts won't make the playoffs. The Colts have plenty of injuries, but that's not an excuse for Pagaon or the Colts. Losing to Brandon Weeden is never okay. Pagano's contract expires after the season and it'd be very surprising if he's brought back.