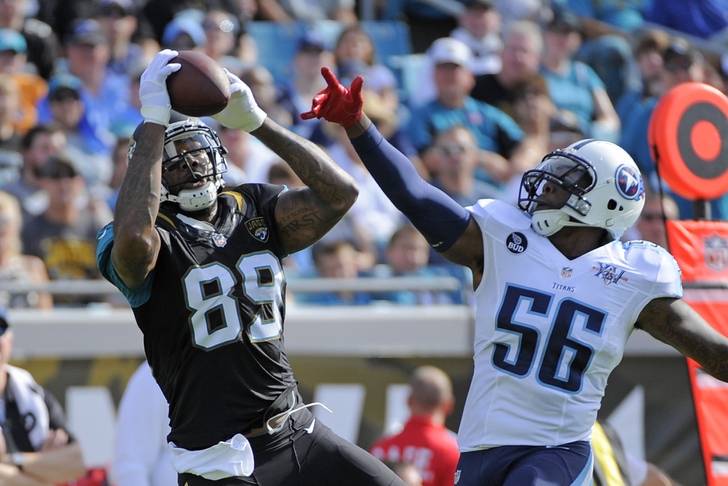 Thursday Night Football hasn't exactly been a showcase of the NFL's best product this season...and we don't expect that to change tonight, when the Jacksonville Jaguars (2-12) take on the Tennessee Titans (also 2-12).

If you don't have thousands of dollars riding on this game, and if you aren't directly related to one of the players...you should probably watch something else, because seriously: life is too short to watch these two teams run into their own offensive linemen and fall over for three hours. Here are three vastly superior alternatives:

While The Waterboy might have been a more appropriate football substitute, Happy Gilmore will do in a pinch. Take a trip back in time to the mid-90's, when Adam Sandler was still a really funny guy who didn't say yes to every script his agent threw on his desk. This heartwarming story of an underdog succeeding against the odds is pretty much the exact opposite of the Jaguars and Titans seasons, where scrappy underdogs got blown out pretty much every week and turned the ball over a lot.

It's on Cinemax, which you might not get, and you'll have to find something to do for the first 45 minutes (we recommend Walker, Texas Ranger on TVLand), but this is an absolute classic you probably haven't seen in a while. There are probably more completed passes in the pickup football game played about an hour into the movie than you'll see in the entire TNF broadcast, although Bradley Cooper's character probably should have been flagged for targeting Vince Vaughan.

Heated competition. No room for error. One champion. Chopped is everything this week's Thursday Night Football isn't, and if you haven't started watching the greatest competitive cooking show on television yet, this is the perfect time to start. This week's episodes include Holiday-themed ingredients like venison and marshmallows...GET HYPED.

Make sure to download the newly-updated Chat Sports mobile app to follow your favorite teams wherever you go!