The 2019 NFL Draft Live is just one day away, so it’s time for my final NFL Mock Draft. The Draft Rumors are hot and heavy right now, but which are just a smokescreen? The 2019 Draft could be pure chaos, with possible trades and uncertainty everywhere.

Will Kyler Murray go #1 overall? Who will take Nick Bosa, Josh Allen, Quinnen Williams and Ed Oliver? Where will the quarterbacks in Daniel Jones, Drew Lock and Dwayne Haskins go? What surprise picks could happen in Round 1?

Oh by the way, Chat Sports will be live during EACH round of the NFL Draft. We'll break down every pick (and tip them before ESPN), so subscribe by simply clicking the photo below! 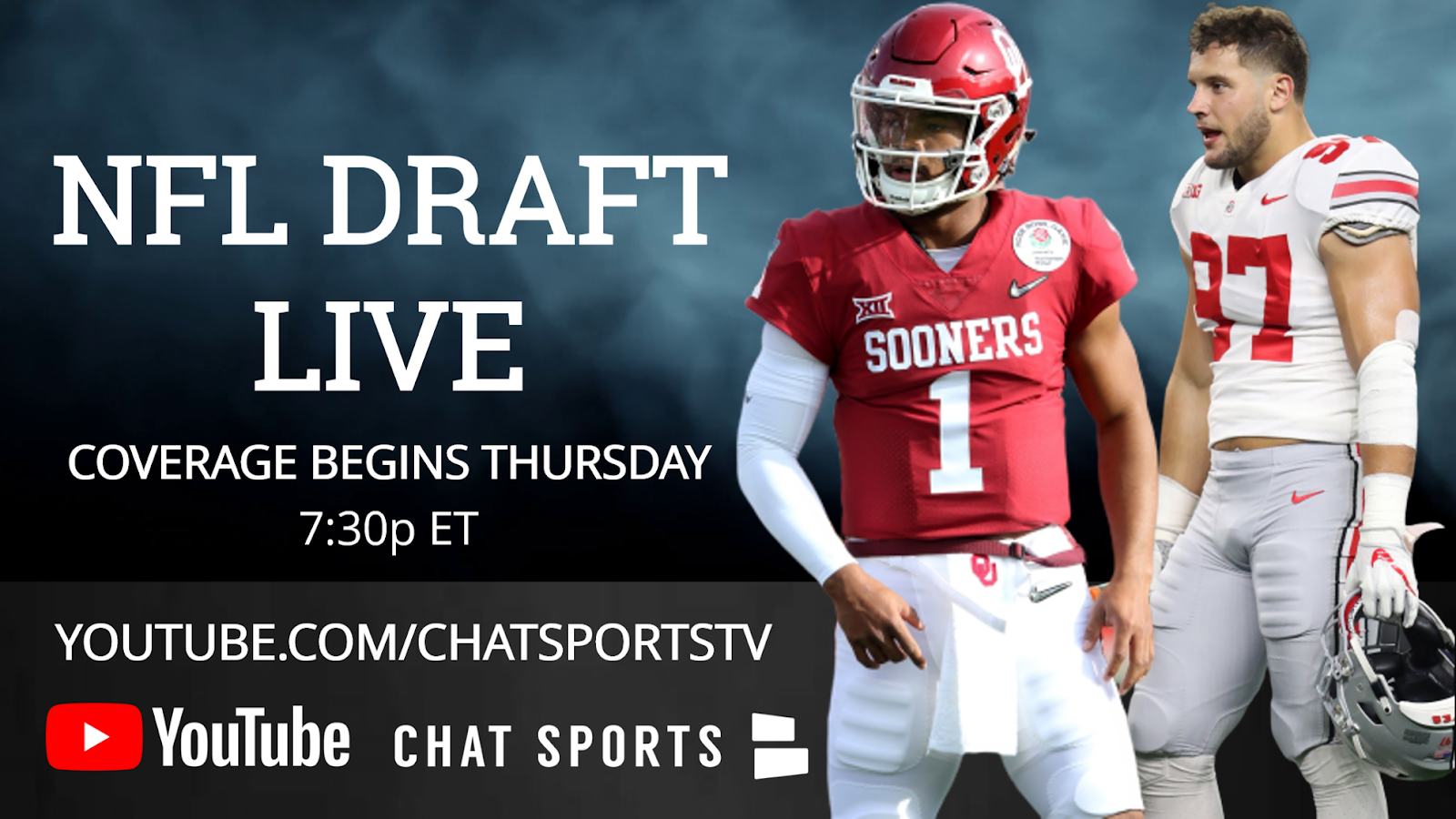 Amid the possible (likely) chaos, there’s one thing for sure that will come true: Most of the picks will be wrong. Sure, the players listed might go in Round 1, but getting even half of the 1st round selections paired with the right team is nearly impossible. That’s simply the chaotic and trade-filled nature of the NFL Draft.

The mock draft based on the current order, updated following the Frank Clark to the Chiefs trade. While no trades are projected, there are some bets hedge with where players go (I.E. Quarterbacks). As always, send complaints or praise to Tom on Twitter. He normally responds; feel free to troll, it's all in good fun.

So, here is my Final 2019 NFL Mock Draft, with analysis in the video below and the full mock draft picks below:

Subscribe to the Chat Sports YouTube Channel for all the latest NFL news and rumors! Chat Sports will be live for the ENTIRE NFL Draft. And there will be the tipping of picks.