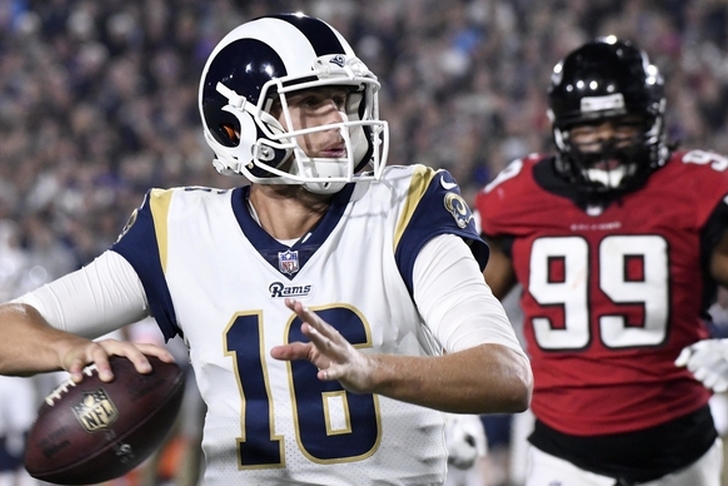 No NFL franchise wins without the services of a solid quarterback. The league has always prized top pivots above all positions, a trend which only intensified with the rise of passing and the decline of rushing as a source of offense.

Teams with top QBs tend to dominate ​NFL odds​ over franchises with mediocre arms. The Eagles won the Super Bowl without superstar Carson Wentz last season because the front office had the foresight to sign elite backup Nick Foles, who performed well when Wentz injured his knee.

The New England Patriots (+500) and the Green Bay Packers (+900) possess the best lines to win the Super Bowl in 2019, according to data gathered by ​CanadaSportsBetting.ca​. Not a coincidence that Tom Brady and Aaron Rodgers lead these clubs from under center. The following breakout and bust candidates will determine how far their teams proceed during the 2018 NFL campaign.

2018 Quarterback Breakout Candidates
Kirk Cousins - Minnesota Vikings
Kirk must have felt relief when he signed with the Minnesota Vikings, an organization with a vested interest in winning. Cousins spun his wheels in the nation’s capital for the last three years, receiving a series of single season deals despite solid stats and a Pro Bowl nomination in 2016. Instead of investing in a rising on-field commodity, Washington signed an older pivot who thrived under a superior offensive scheme.

Cousins received poor protection after his Pro Bowl season. He lead the NFL in sack yards lost at 342 after hitting the turf 41 times in 2017 – nearly twice as much as the year before. He also finished first among all QBs in game-winning drives, leading Washington to four victories during crunch time.

Minnesota’s o-line will provide vastly superior protection while receivers like Thielen, Diggs and Rudolph will serve as elite downfield targets. The Vikings were able to make Case Keenum look like a viable starter, so much so that the Broncos were tricked into signing him for $36 million over two years. Surrounded by positivity, Cousins could turn into a top-five pivot.

Deshaun Watson - Houston Texans
Believe the hype, despite the limited sample size. If anything, the fact that Deshaun threw as many TD passes as Jay Cutler, Eli Manning and Jameis Winston should impress, considering Watson required only seven games to do so.

The Texans also happen to have DeAndre Hopkins, a first-team all-pro wideout, along with Will Fuller, one of the fastest wide receivers in the league. A mostly new o-line should provide a bit more protection at worst, giving Deshaun an opportunity to perform at a high level throughout 2018.

Derek Carr - Oakland Raiders
Carr’s late-season shoulder injury during the 2016 regular season robbed the Raiders of a genuine shot at a deep playoff run. Derek didn’t seem fully recovered last season, but he still managed to put up solid numbers during a down season which affected the entire Oakland squad.

This season, Derek will enjoy teaming up with an elite set of receivers. Wideout Amari Cooper and tight end Jared Cook return, Jordy Nelson was signed away from the Packers, where he was a favorite target of Aaron Rodgers for good reason. Martavis Bryant may be a controversial figure, but he’s still an incredible talent with the speed to drive opposing secondaries crazy.

Oakland also dropped cash into a revitalized o-line and spend a first-rounder on right tackle Kolton Miller. This increased the depth of the o-line while creating a competition for starting reps, a situation which should improve protection for Carr.

Garoppolo fought through a high TD/INT ratio (7/5) and plenty of skepticism on his way to a pair of fourth quarter comebacks and game-winning drives, resurrecting hope for San Francisco’s fanbase. Much of this hope turned into runaway hype, turning the 49ers into a “sexy” preseason pick to return to playoff pigskin.

Instead, observers should expect a season of consistency from Jimmy. Losing Carlos Hyde will increase Garoppolo’s workload and pad the pivot’s stats, even if Hyde was a top target as a hybrid RB. Jimmy clearly put his time in as an understudy with the Brady-Belichick duo, reading defensive configurations like a book while rapidly adopting the 49ers system. Leveraging a quick release and strong accuracy, he should prove himself as a top-ten pivot over the course of an entire season.

Ben Roethlisberger - Pittsburgh Steelers
The Steelers have supported Ben Roethlisberger with elite receivers, hybrid backs and a strong o-line for well over a decade. Antonio Brown is one of the greatest wide receivers of all time, up there with Jerry Rice, Randy Moss, Calvin Johnson and Marvin Harrison. Le’Veon Bell is one of the best running backs in the modern era, a first-team all-pro who finished second to Todd Gurley with 1,946 all-purpose yards. Smith-Schuster was a breakout star, forming an elite wideout duo with Brown.

Pittsburgh might not start the season with Bell because of a contract dispute. Without Bell, Big Ben doesn’t have an easy pressure release valve. A new offensive coordinator, Randy Fichtner, joined the Steelers during the off season, despite not serving in this position since 2006.

These changes won’t help Ben, who moves with the quickness of an exhausted oak tree. The Steelers already had difficulty converting in the red zone last year, an issue which could become worse with a new coordinator and without Bell.

Joe Flacco - Baltimore Ravens
Flacco is a 33-year-old pivot with the spinal integrity of a man twice his age. This isn’t his fault – since Joe won the Super Bowl in 2013, he’s absorbed an array of brutal, debilitating hits which would crumble most humans. To his credit, he’s put in the effort to return to his peak, but stats show that Flacco’s yards per completion has dipped below 10 over the last three seasons.

Baltimore replaced their old receivers with an older receiver in Michael Crabtree. The o-line played well in 2017, but new guards, tackles and centers are unproven. Marty Mornhinweg returns as offensive coordinator, despite a sleepy, conservative scheme which failed to qualify for the playoffs.

Most damning would be Andy Dalton outgunning Flacco on New Year’s Eve, resulting in a shocking home loss which handed the Bills their first playoff appearance since the turn of the millennium. All factors considered, Baltimore might be better off giving rookie Lamar Jackson starts to develop his tantalizing long-term potential.

Case Keenum - Denver Broncos
Since John Elway retired, things haven’t been the same for the Mile High club. Over the past two decades, whenever the Broncos show interest in a quarterback, the pivot becomes marked for demise. Even Payton Manning struggled with Denver, likely because he was one hit away from paralysis during the Broncos remarkable Super Bowl run in 2015.

Since then, Denver avoided the easy solution (Colin Kaepernick) in favor of Trevor Siemian, Paxton Lynch and Brock Osweiler, all of whom failed horribly at pivot. When Keenum signed for $36 million over two years, the Broncos decided that they could offer Case the same level of support he enjoyed in Minnesota.

Keenum won’t – the Vikings are one of the deepest teams in the NFL, pushing Case to a career high 98.3 passer rating in 2017. Without elite talent surrounding him, there’s no way Keenum replicates his lukewarm production last season.

Eli Manning - New York Giants
As an organization, the Giants completely unraveled last season, resulting in the ridiculous benching of Eli Manning. Coach Ben McAdoo ensured that all the joy of football was drained from the organization, leading to a club which couldn’t even get a snap off in time with the game on the line.

As a Manning, Eli will be given the benefit of the doubt this season, but his effectiveness has clearly diminished. Since 2011, his yards per completion average has dropped every year, bottoming out at 9.9 yards per catch during the last campaign.

Saquon Barkley will take some pressure off Eli as a high-volume running back with first-team all-pro potential. Unfortunately for Eli, the Super Bowl commercial where he lifts Odell Beckham Jr. will likely be Manning’s peak in 2018.