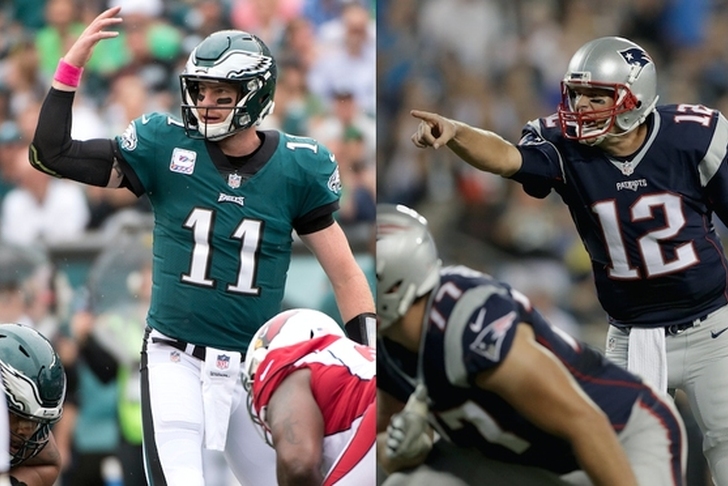 The 2018 NFL season is still a few months away, but training camps are nearly here. While the exact 53-man rosters are far from set, we do have an idea of which players are frontrunners for the MVP award. It's not just stats and wins that determine the MVP, although those are incredibly important. It's also how much a player means to their team and how drastic the drop-off would be if the player in question were replaced by an average replacement player.

This list could look completely different at the end of the season, though some players - namely Tom Brady and Aaron Rodgers - are expected to be on the list all season long as long as they remain healthy. The difference between the players on this list, especially near the top, isn't a large one. Several talented players just missed out as well. With that in mind, here our early 2018 NFL MVP Power Rankings:

10) Ben Roethlisberger, QB, Pittsburgh Steelers
When healthy, Roethlisberger is among the best QBs in the NFL. And while Roethlisberger constantly plays through injury, he's hurt quite a bit and is injury-prone at this point. Big Ben is still putting up strong numbers, but he needs to do just a little bit more to win a MVP.

9) Ezekiel Elliott, RB, Dallas Cowboys
Elliott's season was interrupted by his six-game suspension last season but, when he's on the field, he's a game-changer for the Cowboys. When he plays, Dallas is 19-6. Without him, Dallas is only 3-4. With that offensive line in front of him, Elliott should have another monster year in 2018.

8) Le'Veon Bell, RB, Pittsburgh Steelers
Bell might be the most versatile player in the league thanks to his abilities as both a rusher and receiver. He's the highest-ranked Steeler on the list because of all the tools he brings and how the Steelers utilize him - and that's also why he's still in a contract dispute with the team. In the past, this has caused him to get off to slow starts. Start fast and he'll be a frontrunner all season long.

7) Russell Wilson, QB, Seattle Seahawks
You could argue that Wilson is the most important player to his team in the NFL. Wilson has carried Seattle's offense in recent years thanks to his unique ability to extend plays, and he's improved the players around him. However, his offensive line is terrible and, without several stars on defense, the Seahawks are counting on him to carry the whole team.

6) Matt Ryan, QB, Atlanta Falcons
The 2016 MVP has no shortage of weapons in Atlanta and has helped turn the Falcons into one of the most consistently explosive offenses in the league. He fell out of the race last season due to Atlanta's struggles early in the season but, without the Super Bowl hangover, Ryan should have another great season.

JOIN FANDUEL FOR FREE and play World Cup, US Open, and MLB games to win real money today as you prep to dominate the 2018 NFL season.

5) Todd Gurley, RB, Los Angeles Rams
For as good as Jared Goff was last season, Gurley is the engine that drives the Rams' offense and his versatility is perhaps the biggest reason why Los Angeles was so dominant last season. If he can stay healthy, Gurley may just be the best running back in the entire league.

4) Drew Brees, QB, New Orleans Saints
New Orleans finally has a reliable defense and a good rushing attack, but Brees' command of the offense and efficiency is still the reason why the Saints are winning games. New Orleans has Super Bowl expectations and, if they affirm their place as one of the best teams in the league in 2018, Brees will remain right at the forefront of the MVP conversation.

3) Aaron Rodgers, QB, Green Bay Packers
Rodgers is coming off a down year due to injury, but he is still perhaps the most talented player in the league. Rodgers won the award in 2011 and 2014, and while his supporting cast has changed, you can still count on him putting up eye-popping numbers year-in and year-out.

2) Carson Wentz QB - Philadelphia Eagles
Wentz would have been the runaway MVP last season had he not suffered a torn ACL that cut his season short. Expectations are now sky-high in Philadelphia but, if Wentz can return to form early in the season, he may run away with the award again.

1) Tom Brady, QB, New England Patriots
Brady became the oldest player ever to win MVP at 40 years old last season and is still playing as well as he ever has been throughout his career. No one has won back-to-back MVPs since Peyton Manning did so in 2008 and 2009, but Brady is still the reigning MVP and that's why he deserves the top spot. He'll be in the race throughout the entire season.