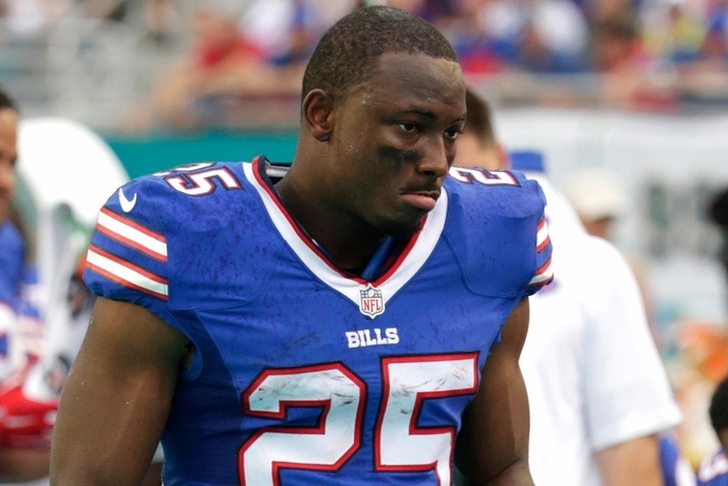 With the NFL officially in the offseason, players have more time than usual on their hands. For some of those players, they'll spend that time getting themselves into trouble and possibly up end as the latest NFL player arrested. Last season, there were 23 NFL players arrested for a variety of crimes. While the league hopes that players will avoid getting themselves in trouble, it's likely that several players will find themselves on the wrong side of the law.

Two players have already found themselves in trouble since the Super Bowl ended, although the well-known players in question have managed to avoid an arrest for now. That could change in the near future, as both players are under investigation. We'll update this list throughout the offseason as more players, unfortunately, get themselves in trouble with the police. With that in mind, here's every NFL offseason incident, arrest and accusation.

Terrell Suggs - Suspended License
As far as most arrests go, this one is pretty minor. The Ravens LB had numerous speeding tickets and was driving on a suspended license. Police determined that license was suspended following Suggs' single-car accident Friday morning in which no one was injured. Suggs was not impaired at the time of the crash.

Jaelen Strong - Marijuana Possession
The Houston Texans WR was pulled over by police for not having visible license plate. Police could smell marijuana on Strong and the arrest video reveals Strong had joints hidden in his pants. Also in the car at the time was Green Bay Packers CB Damarious Randall.

Strong was arrested for misdemeanor possession of marijuana, although chargers have not yet been filed.

Johnny Manziel - Assaulting His Ex-Girlfriend
Manziel was accused of assaulting his now ex-girlfriend, Colleen Crowley, on January 30th. Crowley requested and received a protection order as a result of the incident. Manziel must avoid Crowley for two years and pay $12,000 of her legal costs. The full details of Crowley's accusations can be found here, but they include Manziel hitting her so hard her eardrum ruptured, Manziel preventing Crowley from leaving his hotel room and Manziel threatening to kill them both.

Dallas Police are now investigating Manziel for domestic violence. The Cleveland Browns reportedly already planned on cutting Manziel this offseason, and his latest legal issues have done nothing to help his NFL hopes.

Update: Dallas police have the video surveillance from the hotel incident. Police have yet to speak to Manziel, reports ESPN, and their investigation remains on-going.

Update 2: Manziel's domestice violence case is being sent to a grand jury, who will decide whether to charge him.

LeSean McCoy - Assaulting Off-Duty Police Officers
McCoy was accused of assaulting off-duty police officers on Sunday, February 7th at a Philadelphia Bar. Video of the fight has been released, which you can watch here.

The Buffalo Bills RB has yet to be charged with any crime, although it seems like it will only be a matter of time before police get the arrest warrants they are searching for. Former NFL running back Curtis Brinkley was also involved in the fight.

Update: An arrest warrant is expected to be issued soon for McCoy.

Update 2: The district attorney is pushing back against an arrest warrant for McCoy. The D.A.'s office is hesitant to charge McCoy, in part because of the questions it has about the officers' conduct. Those questions include why they didn't call 9-1-1 and if they were drinking to excess, reports CSN Philadelphia. The delay has upset Philadelphia police union President John McNesby, who claims McCoy sucker-punched an officer.

Jonathan Newsome - Marijuana Possession
The Colts linebacker was arrested early Wednesday for possession of marijuana. The police were called to Newsome's apartment after getting a complaint about loud noise. The police then found marijuana during their search. Newsome was also arrested for possession in 2012 when he was at Ball State. Newsome had 6.5 sacks his rookie year, but just one this season.

Montee Ball - Disorderly Conduct
Ball was arrested Friday, February 5th after a dispute with his girlfriend. He was originally charged with felony battery, but it was reduced to a disorderly conduct. A separate criminal complaint says the running back was charged with misdemeanor batter for hitting a woman in the face.

The New England Patriots cut Ball Tuesday. The team had signed him to a futures contract days before his arrest.

Update: The police report on Ball's arrest was released by Deadspin Wednesday, Feb. 17th. The report says that Ball threw her across the room and into a table.

Shiloh Keo - DUI
The first NFL player officially arrested this season is not McCoy, but Keo. The Denver safety was arrested for DUI Saturday, Feb. 13th. Keo was arrested in Boise, Idaho. Keo played his college ball at the University of Idaho. He was mid-season addition to the team after the Broncos were hit hard by injuries.