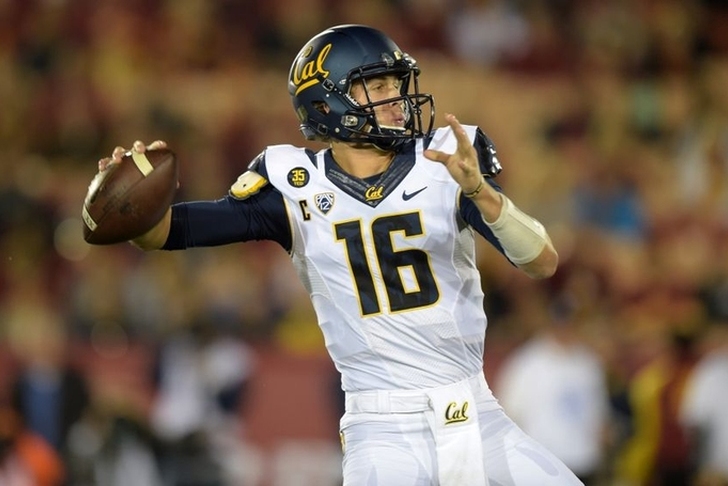 The NFL season is only three weeks in, but that doesn't mean it's too early to look ahead to the next NFL Draft. This is also a wonderful opportunity to indulge the unhealthy obsession I have with the Draft.

The draft order is based on my Power Rankings. The actual NFL Draft order will assuredly look much different come April, so don't put too much stock into where teams are drafting. In fact, the actual Draft order can't look this way because there isn't an AFC South team high enough. This is an exercise in trying to project team needs and where prospects could end up going. I don't have a full list of team needs, but I'll get to that once the season begins to wind down.

If the Bears end up drafting first overall, expect them to take a QB. Moving on from Jay Cutler becomes very easy cap-wise in two years, but the Bears can move on next season if they really want to. Goff looks like the best QB in this class.

Expect the Saints to spend this pick on a defensive player. Bosa can be a 3-4 DE (5-technique), even though his ideal position is as a 4-3 DE. Players like Ole Miss DT Robert Nkemdiche and Florida CB Vernon Hargreaves are options.

The Bucs desperately need offensive line help and Stanley might be the best tackle in this class. He would have been an early first rounder had he entered the draft last season.

Nkemdiche would be a great addition for the Jaguars, who need more defensive line help. Nkemdiche is a freak athlete who could end up going higher than this.

The 49ers need better players at corner, and Hargreaves is the best CB in the class by far.

Tunsil could end up being the top tackle taken. He hasn't played yet this season because of a NCAA investigation. He'd an immediate upgrade over Jeremiah Poutasi at right tackle.

Cook reminds me of Kirk Cousins, but with fewer turnovers. I'm not sure he'll end up being a first round pick, but the Browns don't seem to view Johnny Manziel as a franchise QB. Why else would they continue to play Josh McCown?

Hackenberg has all the tools to be a franchise QB, but has struggled at times at Penn State. His awful offensive line hasn't helped, but Hackenberg isn't without blame. He's only a junior and might not enter the draft, but pairing him with the coach who recruited him to Penn State makes too much sense. There is a real chance Hackenberg doesn't go in the first round.

This might be a bit high for Conklin in the wake of his knee injury, but the Lions need offensive line help. They've got young, talented guards, but Cornelius Lucas shouldn't be starting at right tackle.

Ramsey could be a corner or safety in the NFL. The Redskins need safety help, and Ramsey has the potential to be a real playmaker in the secondary.

I love Smith. He can play any LB position in any scheme. He's not an elite pass rusher, but he's one of the few LBs who can cover TEs. He's had success covering WRs at Notre Dame too. He's a freak athlete that might end up going higher than this. He'd be an upgrade at LB for the Dolphins, who also need OG help.

Boyd is one of several WRs who will compete to be the first one taken. The Ravens have had no contribution from Breshad Perriman so far and this is Steve Smith's last season. Joe Flacco needs more weapons.

The Raiders have several strong building blocks and adding Jack would give them another on defense. Jack's coming off a knee injury, but he should still be a Top 15 pick if he heals properly. He and Khalil Mack would give the Raiders one of the best LB duos in the NFL.

Buckner is the perfect fit for the Eagles' 3-4 defense. Fletcher Cox is great, but an upgrade over Cedric Thorton would be nice. A defensive back could be an option, but this is good value for Buckner.

Elliott is the clear top RB in this year's class, the only one truly worth a first round pick. Shane Vereen is a great third down back, but Rashad Jennings and Andre Williams haven't looked like anything special this season.

The Rams need more weapons, and Treadwell could be the top WR off the board.

It looks like Eric Weddle won't be back next season. Cravens is a bit of tweener; it's unclear if his best position if safety or LB. I think he has just enough speed to make it as a safety.

For the sake of Andrew Luck, the Colts need to upgrade their offensive line. Decker is the best of the lineman left.

The Vikings are close to being a dangerous team. Mike Wallace is a deep threat, but Teddy Bridgewater needs more weapons. Thomas fills that role and will likely rise as the Draft approaches.

I thought about Cardale Jones, but I'm not convinced he comes out this season, or that he'd be a first round pick. Wright's recent rash of injuries worries me, but he'd be a good fit in New York.

Robinson could end up going before this, but he'd be a great fit in Dallas. Nick Hayden shouldn't starting, but the Cowboys do have Tyrone Crawford. Robinson and Crawford would be a perfect tandem in Rod Marinelli's defense.

Derrick Johnson is still playing at a high level, but he is aging. Josh Mauga isn't an ideal starter at MLB. Ragland could be the first ILB off the board.

The Steelers need corner help badly and White should be a first rounder.

The Bills are loaded, but could use some depth on the defensive line. Plus, Mario Williams is aging. Oakman is a freak athlete, but needs a lot of polishing. Rex Ryan could get the most out of him.

Lee is a Ryan Shazier clone. The Falcons need help at LB and Lee would be great value at this point.

The Broncos could use an offensive lineman, but the pickings are slim. Engram could provide the team with a legitimate pass catching threat at TE the team lost when Julius Thomas left.

The Bengals love to add pass rushers and Calhoun is a great value here. The Bengals are in the position to take the best player available.

The Cardinals need another pass rusher and Floyd could be a first rounder.