2016 NFL Combine: Dates, TV Schedule, Participants And Where To Watch 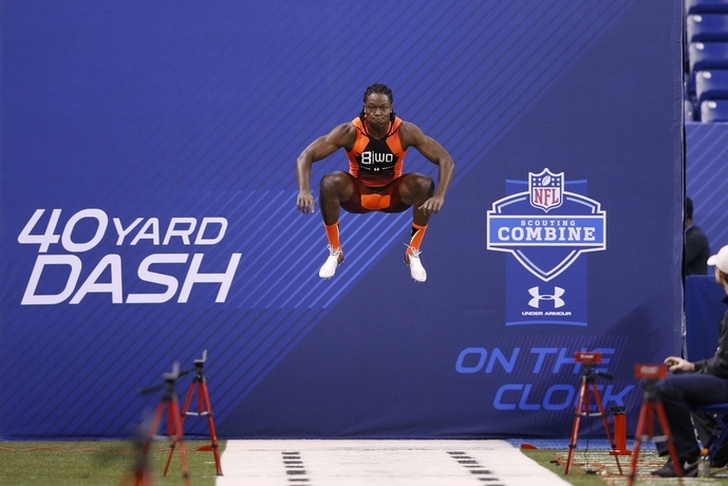 The NFL Combine is officially here. The pre-draft event is one of the most important steps for both the 32 NFL teams and the numerous prospects in attendance. It gives the teams an up-close look at the players and gives the prospects a chance to shine with everyone watching.

The week-long event is essentially a job interview for the players. They'll be interviewed and tested in regards to their physical, mental abilities health status. The Combine has grown in attention in recent years, and it's become a must-watch event for many NFL Draft fans. Here's everything you need to know about the 2016 NFL Combine.

TV Schedule:
NFL Network will broadcast the Combine from Friday to Monday. Those are the days that there are workouts from the players.

Where To Watch Online:
The live stream from the Combine is available here.

Thursday, Feb. 25:
There are Interviews for quarterbacks, wide receivers and tight ends.

Monday, Feb. 29:
The final day has only workouts for defensive backs.

Participants:
There are a whopping 332 players expected to attend the combine. We can't list them all here, but a full list can be found on NFL Combine site. For more coverage of the NFL Combine, be sure to download the Chat Sports Android and iPhone app.