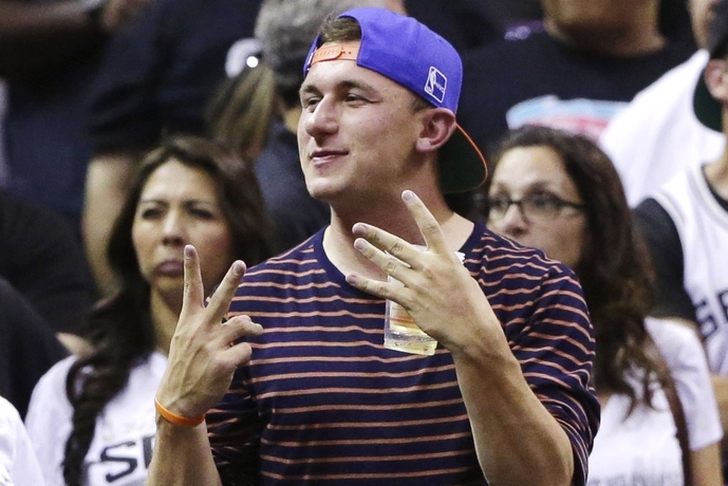 Bros are everywhere. They're scouting "the scene" at your local Starbucks, blasting Tupac in traffic in their Toyota Camry and growing out their "lettuce" while checking Yelp for all of the local head shops. What's even more brotastic is that several of them are the quarterback your favorite NFL teams. With that in mind, here's the 2015 NFL QB Official All-Bro Team.

Cutler used to rock the frat swoop, went to Vanderbilt (total party school, man) and he engaged, dumped then married former Laguna Beach star Kristin Cavallari. He also might kill somebody on his own sideline some day (because he's the embodiment of angry TFTC-ness) and voted for Mitt Romney.

Any counter-arguments are invalid.

A) Bortles went to school in Orlando. Mickey ears and Mickey's beers, all day err day.

B) His ex-girlfriend is the successful product of Abercrombie & Fitch-inspired gene splicing.

A + B = Legendary Bro Status

Plays Madden Just To Play As Himself Bro -- Matthew Stafford

Stafford rocks the backwards baseball hat like a CHAMP. He also (probably) drinks Mountain Dew by the 12-pack and unironically talks about the X-Games as a "game-changer, man." We vote him "most likely to go over his own Madden stats for 45 minutes" before "gaming it up" with a group of "peeps."

Let's Chat About Feelings By The Fire Bro -- Derek Carr

Carr's gonna get his Abercrombie on, but he's also going to be ready with s'mores by the campfire to talk to your ex about the "communication issues" she's having in relationships. He's the nicest bro out there, which means he simply can't be trusted.

Consider the picture above. Now, tell us that Big Ben isn't 10 chicken-fried steaks and a mid-life crisis away from THIS.

He's pilfered crab legs and referenced boinking a fair maiden in a not-so politically correct way on top of a campus table. However, there's no other NFL quarterback we'd rather get drunk with on a Friday night. He may get you tazed by a bike cop, but it'll be worth almost pooping your pants.

Uggs are the new Birkenstocks for the Bro Community, or Bro Legion, or whatever it's called. We're 99% sure that Tom's pant legs are hiding fake-fur lining on the top of his shoes. Friends that make the cast of Entourage look gangsta.

The expression of the guy on the far right (and the shades of pink sunglasses guy) says it all so we don't have to.

The Broest Bro Of All Bros Bro -- Tony Romo

If the bros have a king presiding over their Chipotle-fed kingdom, it's Romo. He's the ultimate backwards-cap wearing, Jessica Simpson-dating, PBR-approved veteran of the scene. If Johnny Manziel doesn't have a shrine in his bedroom complete with a homemade Romo doll fashioned entirely out of board shorts and old Dave Matthews Band posters, we'd be shocked.