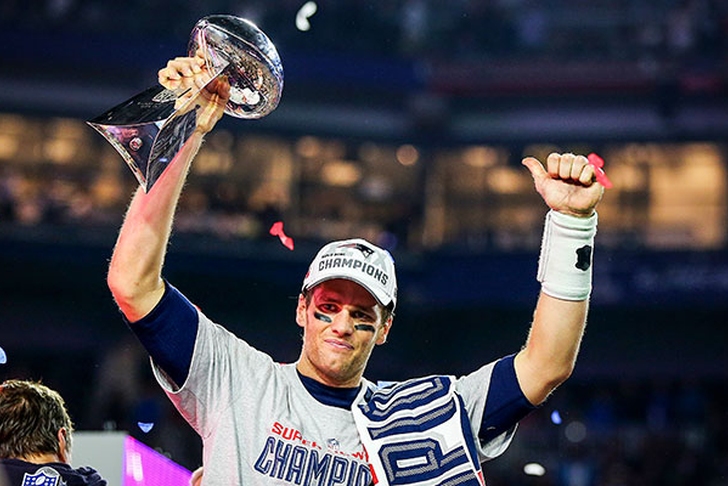 Value is incredibly subjective. What one considers valuable may not be the same for another. Some might see Jay Cutler’s gunslinger mentality as a positive trait. Others see it as a liability. In any case, here is a breakdown of the most valuable starting quarterbacks in the NFL. The quarterbacks were listed as the starter on ESPN.com’s depth charts and are judged on their 2014 statistics, age, potential for 2015, and their availability to be on the field (injuries, suspensions, etc.). It’s ripe for arguments so without further ado, where is the list starting with No. 32:

You go from the Buccaneers to the Browns? That desperate, huh?

Let’s be honest. The options aren’t great and somehow Rex Ryan found one of the few places where he was actually going to miss the days of Tim Tebow.

No telling how this is going to work out but his antics aren’t going to fly at this level.

Probably not even the best QB in the building but everyone is hopeful that he can return to even some of what he was in his rookie season.

Lots of issues on this team. Blake can only do so much.

This kid is going to put his head down and do the work. He just better be ready to keep his head on a swivel.

New guy in town can at least stay healthy to be an option. Austin Davis looms in the wings.

There was growth from Geno. If that continues, he could creep into the Top 20 by season’s end.

Job is his to lose and he would have to be incredibly awful for the Texans to go to Ryan Mallett.

The 64.4 completion percentage is a good sign for Vikings fans. The uncertainty of Adrian Peterson’s situation could dump more responsibility onto the young

Sure, the depth chart says Sam Bradford but who believes 1. That he will stay healthy and 2. That Chip Kelly won’t try to use all four QBs at some point?

This guy got booed at the All-Star Legends and Celebrity Softball Game during the MLB All-Star Game festivities… it was in Cincinnati!

This team can’t afford him to have anymore growing pains. With all the losses to the roster and coaching staff, this guy has to be “The Man.”

Where there’s smoke, there’s Jay Cutler. Bears went 0-4 down the stretch and Cutler threw six interceptions in those four games.

The Raiders may have finally found their franchise QB. With not a lot around him, Carr managed 21 touchdowns to 12 interceptions.

Maybe the most physically gifted of any quarterback in the league but still too many mistakes with the ball. Still room to grow. Consistency is key.

Old reliable. Well, that is if he can stay on the field. When active, he can still be one of the better passers in the league but he missed 10 games last season.

“I don’t always make it out of the first round but when I do, I beat Tom Brady in the Super Bowl.” The younger Manning has some high highs but some low lows. Last year was a high with a 92.1 QB rating.

The new “Cool Joe” continues to show he is better than advertised. Tossing 27 touchdowns to 12 picks is pretty good.

Game plan: throw it high and in the vicinity of Calvin Johnson. One of the best arms but not always the most consistent.

He’s Stafford without a Megatron to throw to. He had a resurgence last season and had 4,286 yards and completed 66.5 percent of his passes.

Even in what seemed like a not so good year, he still goes for nearly 4,700 yards, 28 touchdowns, and 14 picks. Could he end up being this generation’s Dan Marino?

The kid is just getting better and better. Numbers across the board have gone up each of his first three seasons. No reason to think that won’t continue.

The greatest regular season quarterback of all-time has his better years in the rearview mirror. His arm strength has become a cause for concern but he remains the best precision passer in the league.

Brees runs a track meet at the SuperDome eight times a year and the show traveled well last season, not missing a beat outside of the Big Easy. A few more picks than normal but still led the league in yards.

No quarterback in recent history has had to endure the number of times key teammates have fallen to injuries to cost the Cowboys a legitimate shot to do something. Last year, Tony finally had help and then had a league-best 113.2 QB rating.

Brady saves his best for the postseason. He is the Tim Duncan of the NFL (or is Duncan the Brady of the NBA?). In any case, the regular season is just a tune-up for the chance to repeat. Nine interceptions, second fewest for anyone with more than 4,000 yards. Only ding? As of right now, he'll miss four games.

Big Ben reminded everyone he is still one of the best QBs in the NFL. League-best in passing yards, 103.3 QB rating, 67.1 percent on completions. The traditionally run-heavy Steelers took heavily to the skies.

So he fell victim to Tom Brady just like another famous Colts quarterback. No big deal. Everyone recognizes Luck is just scraping the surface of what he can do. For the record: “Just scraping” is 40 TDs and 4,716 yards.

There is nothing Aaron Rodgers cannot do on a football field. He’s good, he knows it, and he’ll tell you about it. Second best QB rating, 4,000+ yards, and a mere five interceptions. Joe Flacco and Eli Manning each had five interceptions… in a single game!