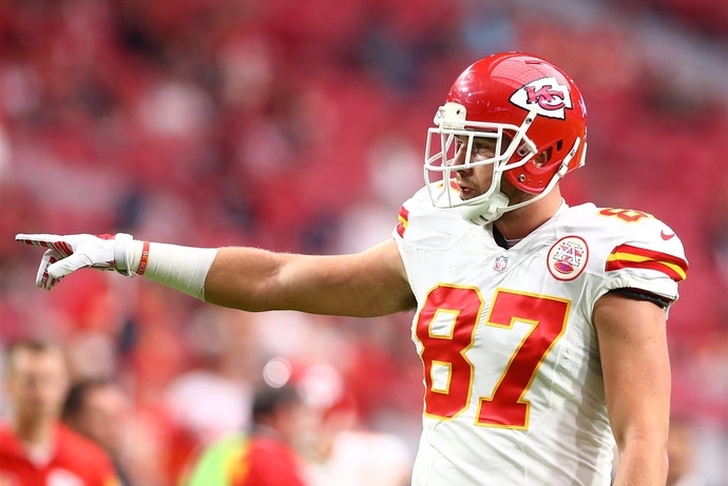 Easily the top tight-end. No questions asked. Even if Brady misses time.

Graham leaves Brees and pairs with Wilson and a run-first offense. Have to think that they want to get him involved though, especially in the red zone.

Kelce caught a whopping 77% of his targets and was a monster in yards after catch. Kelce is a guy I'm going to target in as many drafts as I can.

Finished last season as the No. 4 ranked tight-end and the only other tight end to go over 1,000 yards besides Rob Gronkowski.

Led all tight-ends with 90 receptions last season and with Brandon Marshall now in New York, Bennett should finish in the top-10 tight-ends again this year.

Tony Romo's official safety blanket will continue to be just that. Even though he has slowed down, he is an iron man who has only missed one game in his career. Also has only gone under 100 targets in two of the nine seasons that they have been tracking that stat.

Even in what many considered an off year, Thomas still managed 12 touchdowns. Sort of fell out of favor in Denver but Jacksonville will likely look to get him involved heavily in the Blake Bortles ran offense.

What the heck happened last year? No way that continues, right? If the Niners offense want to be any sort of good they need to get Davis involved again. Good bounce back candidate.

Jermaine Gresham is no longer in Cincy and Eifert is expected to take over and flourish in the starting role. Coming off a gruesome shoulder injury, Eifert participated in most of the OTA's and is expected to be healthy for the season.

I've always said that Walker is a better real-life football player than fantasy football player but you can't ignore what he did last season. 63/890/4 with questionable QB play and rookie QB's usually lean heavy on TE's.