2 Undefeated Teams That Will NOT Make The NFL Playoffs 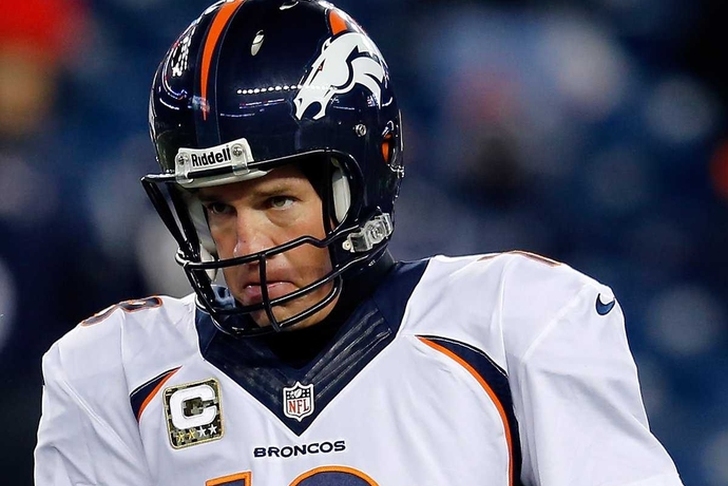 This is a pretty short list, we know. However, when it comes to the six remaining undefeated teams in the NFL, four (Patriots, Falcons, Packers, Bengals) just feel like locks right now to secure postseason berths. However, these two will be on the outside looking in come this January -- we'd bet a fortune on that...if it was legal in our state to bet.

The Atlanta Falcons are the superior team in the NFC South, hands down. Atlanta's offense is multifaceted now, combining a much-needed running dimension (courtesy of sophomore RB Devonta Freeman) and the usual Matt Ryan/Julio Jones high-wire antics. The Panthers, on the other hand, are one-dimensional as it comes on offense. Cam Newton is adept at running and ushering the running backs forward, but he's regressed as a passer full stop.

Carolina has the better defense than Atlanta, mind you. But, that won't be enough to keep the playoff train moving when eight-to-nine of the team's final 12 games come against teams with offenses vastly superior and/or more diversified than theirs. We're seeing a 5-7 record in their last 12 games, clocking them in at 9-7 and a game out of an NFC Wild Card spot.

Here's our shocker special. We're not buying into this Broncos team. CJ Anderson has been a bust in the running game and we just don't have a lot of faith in Ronnie Hillman to carry the load as a full-time featured back if Anderson continues to falter. Peyton Manning has been *gasp* human *gasp* in his first four games, completing 63.6% of his passes with five touchdowns against a worrisome six interceptions.

The Denver Broncos' pass rushers have been elite so far, but what happens when they inevitably slow down here and there over the final three months of the season. The offense is 25th in the NFL in passing yards (225.2) and 29th in rushing yards (78.8), and it's not built like the Wild West shootout-capable units Peyton has QB'd in the past. Call it our upset special this coming week -- things start to fall apart this weekend at Oakland. After that? The Chargers and/or *gasp again* the Raiders *gasp again* will chase them down in the AFC West.