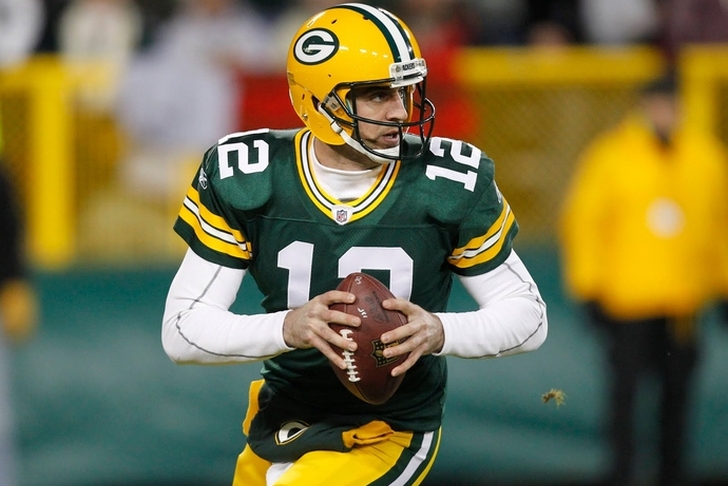 Week 5 of the NFL season is upon us. That means we're just over 1/4 of the way through the season -- a point where contending and pretending teams tend to start separating from each other. There's plenty of intrigue to be had heading into Sunday, and we're here to give you 10 bullet points to prep you for some good old-fashioned couch time.

1. The Seattle Seahawks haven't given up an offensive touchdown since Week 2. That streak will likely end when Seattle visits the undefeated Cincinnati Bengals and streaking QB Andy Dalton. Dalton is averaging just under 300 yards passing per game and has thrown just one interception so far in 2015.

2. Upset alert? Atlanta Falcons sophomore RB Devonta Freeman has gone supernova in the past two games, rushing for six combined TDs. However, he'll have a tough task ahead of him against the Washington Redskins' #2 run defense. Atlanta SHOULD win this one at home, but keep your eye on Red Zone just in case.

3. San Francisco 49ers QB Colin Kaepernick is a combined 22-of-44 for 227 yards, zero TDs and five INTs in the team's last two games. Another stinker on Sunday Night Football at the New York Giants will only amplify the calls for both his and head coach Jim Tomsula's jobs.

4. The biggest game to hit Oakland in awhile happens Sunday when the 2-2 Raiders play host to the undefeated Denver Broncos. Oakland has been much improved this year, but they're running into the league's best defense in this one. If the Raiders can somehow pull this one off, they'll instantly hit the map as playoff contenders.

5. Is the Detroit Lions' season ready to be completely written off? A home loss to one of the most talented defensive teams in the league, the Arizona Cardinals, would put them at 0-5 and could very well doom HC Jim Caldwell. No pressure, right?

6. We're not sure which Bills team is going to show up at the Titans this week. Will it be the team who was blown out by the Patriots and Giants, or the team who outclassed the Colts and Dolphins? With this hide-and-go-seek team, anything is possible.

7. The New Orleans Saints and Philadelphia Eagles meet up in a battle of 1-3 NFC teams who're hanging by a thread from a playoff standpoint. Whoever loses this battle in Philly may be done for, especially if the Saints fall even further behind the undefeated Atlanta Falcons and Carolina Panthers in the NFC South.

8. We had Sunday's New England Patriots at Dallas Cowboys game circled on our calendars before the 2015 NFL season started, but it'll be a very different game than we expected when Tom Brady and the streaking Pats visit a Cowboys team besieged by injuries.

9. Green Bay Packers QB Aaron Rodgers has thrown 11 touchdowns against zero interceptions so far this season. He'll look to extend his INT-less streak to five in 2015 against a Rams secondary that has been spotty all season long.

10. So far in 2015, the Kansas City Chiefs defense has given up an average of 397 yards per game (28th in the NFL) and 125 total points (29th). That's good news for the Chicago Bears who found a rhythm again offensively with Jay Cutler under center last week.