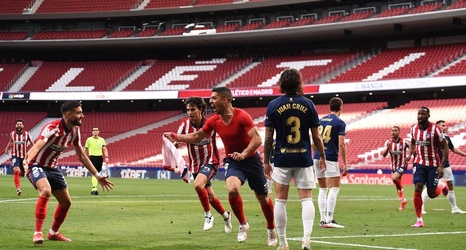 Manchester City, Inter Milan and Bayern Munich may have wrapped up the Premier League, Serie A and Bundesliga titles respectively, but the races in La Liga and Ligue 1 are going down to the final weekend as Luis Suarez starred for Atletico Madrid and PSG closed the gap on Lille. Elsewhere we saw Robert Lewandowski and Lionel Messi score note-worthy goals, Alisson produce a moment of genuine magic for Liverpool, and Chelsea lose the FA Cup as a precursor to a critical week for their top-four hopes.