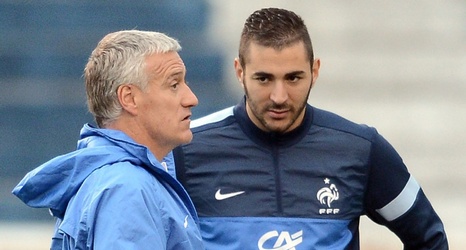 Deschamps will announce his squad on Tuesday at 3 p.m. ET live on French television. After being a key player for the national team coach from 2012 when Deschamps took over from Laurent Blanc, the two men fell out over Benzema's alleged involvement in the Mathieu Valbuena sex tape scandal. In an interview with Spanish newspaper Marca, Benzema accused Deschamps of having "bowed to the pressure of a racist part of France" when agreeing to leave him out of the squad.