Newcastle's hierarchy have kicked the onus back on the players by refusing to sack Steve Bruce after Brighton horror show... the team must now rely on professional pride to keep them in the Premier League amid dressing-room discord 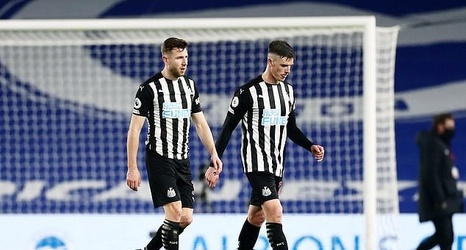 Newcastle United’s players have a decision to make this afternoon.

Last time out, in a 3-0 surrender at Brighton a fortnight ago, they played as if they were trying to get Steve Bruce the sack. In doing their worst it appeared they were doing their best to bring about change in time to save the season.

If that was their intention, it did not work. Mike Ashley, from a sun-lounger in Dubai, had it circulated within 12 hours that the manager was going nowhere.

Sources close to Bruce have since claimed that Ashley feels the head coach has been ‘betrayed’ by the emergence of dressing-room discord in the public domain.