Newcastle United: Supporters set up a fund to buy part of Premier League club if sold 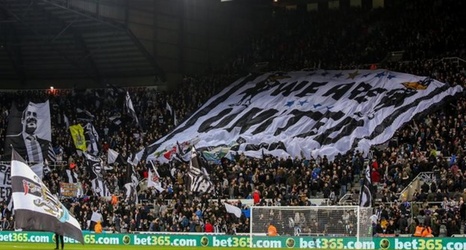 A fans group is attempting to raise funds to try to buy a stake in Newcastle United if owner Mike Ashley is successful in selling the club.

Greg Tomlinson, chair of the Trust, said fans have "to put our money where our mouth is".

"For decades, fans have been told they are the lifeblood of the club, but when major decisions are made, they are always left out.

"It is an unfortunate fact that in football, as in life, money talks.