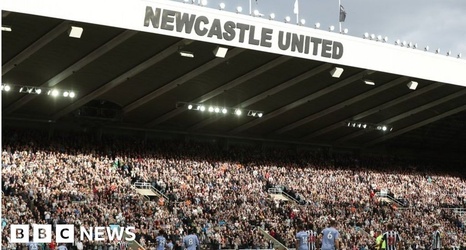 Council chiefs are hoping to put Newcastle on the "international stage" and be a host of Euro 2028.

Earlier this year, the UK and Ireland launched a joint bid to Uefa to stage the football tournament.

The Local Democracy Reporting Service has confirmed that the city council and Newcastle United will bid for St James' Park to host matches.

However, the council said the process to be allowed to hold games at the stadium would be "competitive".

The UK and Ireland had been favourites to host the 24-team tournament and looked set to be unopposed until Turkey also lodged an initial application ahead of Uefa's deadline in March.