NEWCASTLE FAN VIEW: If Magpies fans deny the sportswashing reality of the Saudi-takeover, the club will become the Premier League pariah 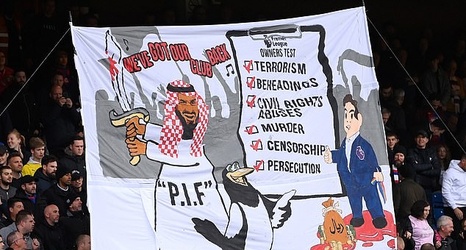 I wasn’t surprised to read that critics of the Newcastle United takeover are being targeted by a social media account which the CIA linked to a Saudi official involved in the murder of Jamal Khashoggi, the dissident journalist.

Investigators have established the extreme measures that Mohammed bin Salman’s regime and its army of Twitter trolls take to intimidate opponents online and I suspect that I have been a victim of their work myself.

Ever since I called out Newcastle fans for turning a blind eye to the potential repercussions of the club’s takeover by an investment fund linked to the crown prince, I have been subject to abuse online from accounts that look suspiciously like Saudi bots.