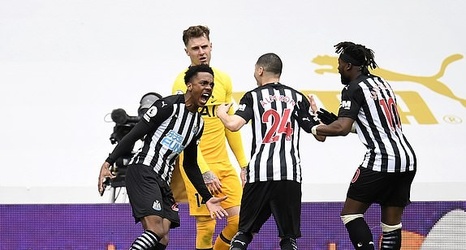 Harry Kane probably thought he was only missing out on the matchball when his shot kissed the base of the post five minutes from time.

But within a minute Spurs had kissed goodbye to three points and a return to the top four when substitute Joe Willock equalised for Newcastle.

It would be harsh to criticise Kane given the position he had put his side in after two first-half goals, but the failure to convert a late treble from a swift counter proved costly for Jose Mourinho's side.

For Newcastle and Steve Bruce a point was deserved after a performance unrecognisable from their surrender at Brighton a fortnight ago.