MARTIN KEOWN: Newcastle fans buying all the ale from my parents' supermarket ahead of the 1974 FA Cup final and marvelling at Kevin Keegan as a kid... How I fell in love with football 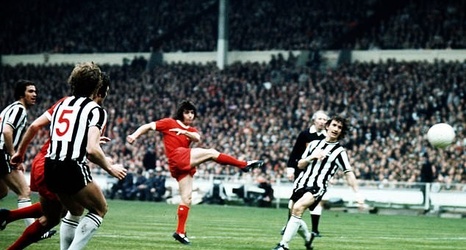 In a 1987 Q&A for a magazine, I was asked who my childhood hero was, and I said Kevin Keegan. That was because he played a part in me getting into football in May 1974.

I was seven at the time, and my mum and dad ran a mini-supermarket that also sold alcohol in Oxford.

One day, two Geordie chaps came in, and bought all the Newcastle Brown Ale we had on the shelves. They cleared us out of the stuff!

It was to drink while they supported their team in the FA Cup final that afternoon.