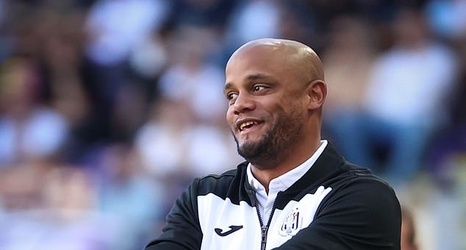 Vincent Kompany is a frontrunner to take over at Burnley if they retain their Premier League status on Sunday.

The Clarets will avoid the drop if they match Leeds United’s result when Newcastle United go to Turf Moor on the final day.

Chairman Alan Pace is set to accelerate the club’s efforts to finalise Sean Dyche’s permanent successor next week – and Kompany is considered a strong possibility.

The 36-year-old has been managing his boyhood club Anderlecht since leaving Manchester City in 2019, guiding them to third in the Belgian top flight this term.