It's train CHAOS as railway strikes cause headaches for travelling football fans across the country this weekend... with only one of Saturday's seven Premier League games set to be unaffected by industrial action 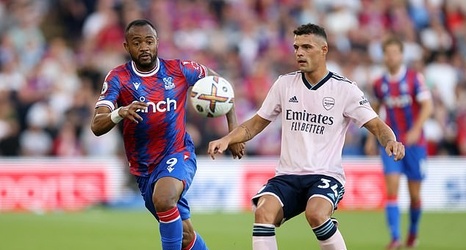 Manchester United fans will have to leave early from their Saturday evening trip to Brentford to make the last train home, while Newcastle and Leeds supporters face a scramble to avoid overnight public transport that could take more than 16 hours.

Of the seven Premier League matches on Saturday, only Leicester’s visit to Arsenal will be unaffected by the walkout of 6,500 train drivers in a row over pay.

The strike will impact nine train companies, with some running no services at all.