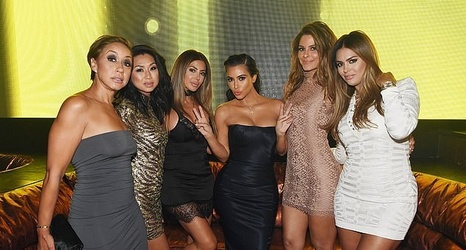 A businesswoman from Florida who once described the American reality star Kim Kardashian as one of her 'best friends' played an instrumental role in the £300m takeover of Newcastle United by Saudi Arabia's Public Investment Fund (PIF), according to a source close to the deal.

Carla DiBello, 37, was key in introducing PIF to Amanda Staveley's firm PCP Capital Partners, who own 10 per cent of the club.

The former TV producer, who worked on the reality show Keeping Up With The Kardashians, attended last weekend's 2-0 defeat at Arsenal and appears to be performing a public-relations function for both PIF and Saudi Arabia.