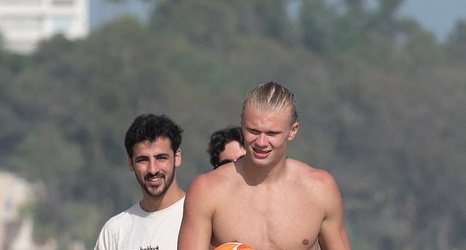 Manchester City star striker Erling Haaland put the frustrations of his Bournemouth performance immediately behind him as he jetted off to the beach in Marbella.

The £51million summer signing has been pictured taking a dip in the sea as he enjoys a break from the action after he flew out to Spain just hours after City's 4-0 victory over Bournemouth on Saturday.

Pep Guardiola's side made it back-to-back wins to start the new Premier League season, despite the Norwegian having only eight touches in the game and failing to get on the scoresheet.