England boss Gareth Southgate is considering Callum Wilson in an attempt to bolster his attacking options... as Eddie Howe talks up the Newcastle striker's chances of making the Three Lions World Cup squad 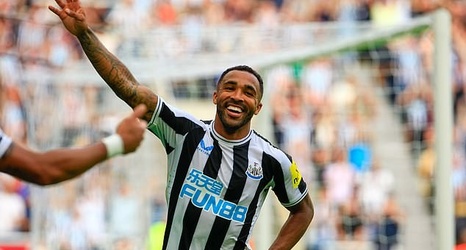 Eddie Howe has revealed that Gareth Southgate has spoken to him about Callum Wilson, with the Newcastle striker intent on making England’s World Cup squad.

The 30-year-old has four international caps but last played under Southgate in 2019, having scored on his debut against USA the year before.

The Three Lions boss has limited options behind Harry Kane in attack and Wilson believes he can make a push for Qatar if staying clear of injury.

Howe agrees and says Southgate has checked on the form and fitness of his No.