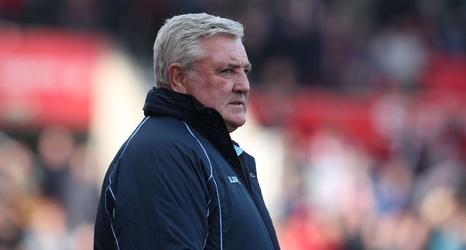 Sheffield Wednesday boss Steve Bruce has confirmed he has held talks with Newcastle United over the vacant manager's post but said he is waiting for both clubs to agree a compromise deal.

Bruce, 58, is one of the frontrunners to replace Rafa Benitez, who quit St James' Park last month at the end of his contract.

- When does the transfer window close?
- All major completed transfer deals
- Premier League fixtures 2019-20 in full

Sky Sports reported Newcastle had hoped to confirm Bruce's appointment with a compensation payment of around £1 million, but Sheffield Wednesday are holding out for significantly more than that.